TAOS, N.M.-The annual Rainbow Gathering turned up just outside of Taos in the Carson National Forest and left many concerns about the environment and crowd.

Last week more than 5,000 came to the forest outside of Taos, this flung U.S. Forest Service, Law Enforcement and locals into action.

“Anytime you have a large event with a large amount of people there is going to be resource impacts and community impacts," said Hilary Markin U.S. Forest Service Spokesperson.

“It’s actually an unauthorized event that occurs annually on the national forest, it’s a loose group knit of people that refer to them as the rainbow family they get together and camp in the woods in mass quantities,” said Markin. 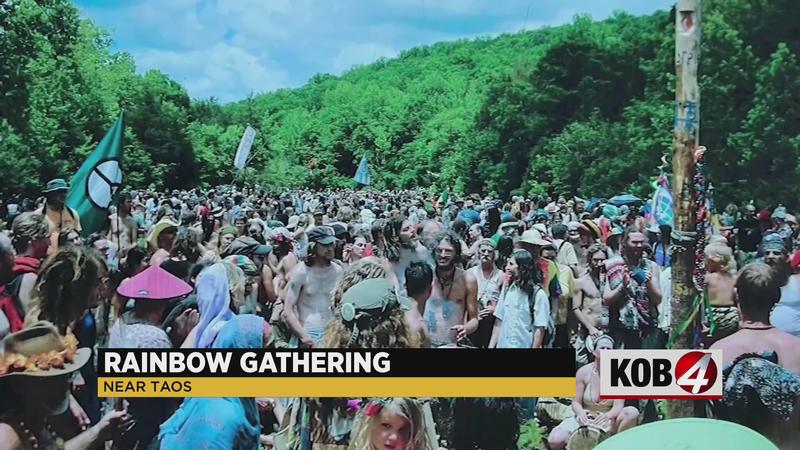 It’s gone on nearly half a century, each year it’s a different location, with a mass amount of cars, people, food and supplies brought in for more than a week.

"We understand this impacts the community, and we appreciate the communities’ patience with us," said Markin.

The rainbow group and the forest service came up with an agreement where a small group must stay and rehabilitate the land.

“Taking down any structures that may have been built while the gathering was taking place and dispersing materials across the forest floor to make it look like nobody had been there," said Markin.

The forest service said the one big difference compared to previous years is that there was a lot of unusual citations, from broken tail lights to hard drugs to weapon charges.