ALBUQUERQUE, N.M.- Employees of Burritos Alinstante in southwest Albuquerque had a close call with a robber.

"He says give me your money," Mary Scaccia said. "We thought he was joking, so we didn’t pay attention."

Scaccia said the man then pulled out something that was wrapped in a towel.

The restaurant became cashless after numerous robberies in the winter. 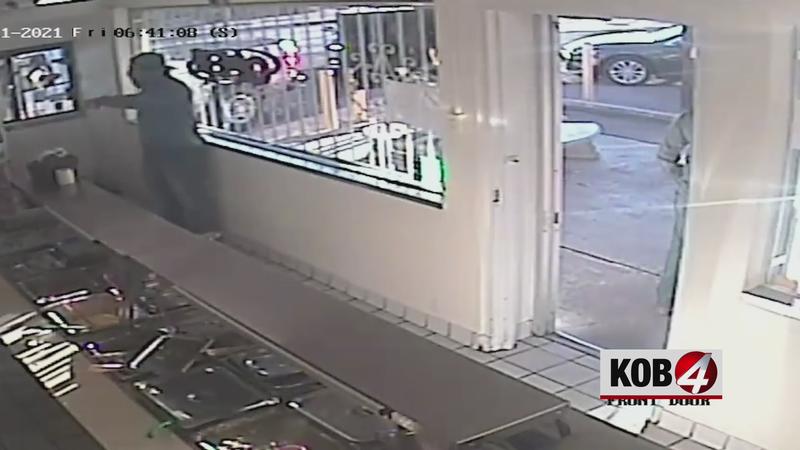 Customers were inside the restaurant while the man was demanding money.

"A customer that was in here, went out, got his gun and came back in and chased him out," Scaccia said. "At the same time, we have another customer holding a gun on him also."

Scaccia said the customers are regulars, who visit the restaurant about four times a week.

"We are really proud we have loyal customers that are willing to take care of us," she said.

Police were called, but the man has not been located.

Despite the close calls with bad people, Scaccia said it won’t deter her from doing her job.