"The death of every child, any child is New Mexico is tragic," Vigil said. "And we take that occurrence very, very seriously. Any loss of life under my term is serious and I take personally and I want to get to the bottom of it."

Kiria Milton had called 911 for help on Nov. 8, because she didn’t feel safe on her own with her two children. Suffering a mental health crisis, she was taken to the hospital and CYFD was contacted to assist with the children.

"My understanding is that law enforcement works collaboratively with CYFD when they are called to the scene," Vigil said.

However, a week later, Valencia County deputies were called back to Milton’s home. Investigators said Milton told dispatchers, "I’m freaking out, I have a dead baby in my room." 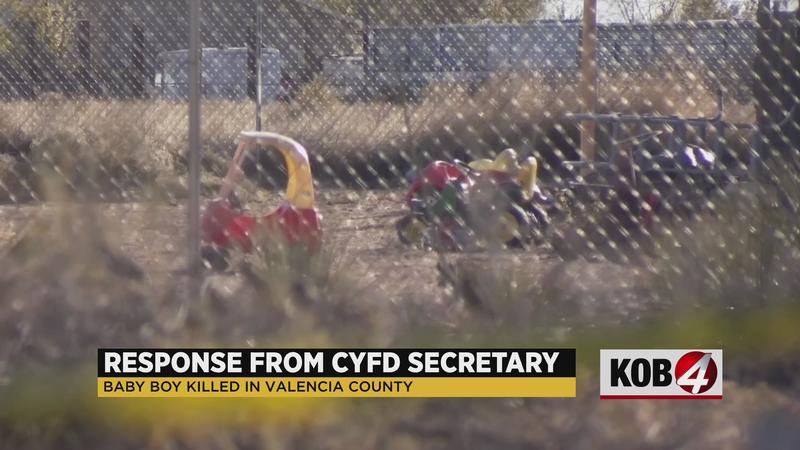 "It should not happen," Vigil said. "The system isn’t perfect. But can it improve? We should look and see if it can."

While CYFD conducts its own internal investigation, Vigil wants to bring a fresh perspective.

"So I’ve reached out to national partners and experts who have actually gone into other states and done this self-examination, this assessment, and help child welfare systems in other states to determine where there’s weakness, how this can fall through the cracks," Vigil said.

The law says taking an at-risk child into custody is the job of law enforcement or medical personnel.

However, a 2020 legislative finance report makes a recommendation under former CYFD Secretary Brian Blalock – to change state statute to authorize CYFD to have sole removal authority in abuse and neglect situations.

"We are not interested in embarking on a blame game here," Vigil said. "That doesn’t serve anyone, particularly the people of New Mexico. We’re not saying this was law enforcement’s call or this was CYFD’s call, or it wasn’t our fault. What’s more important is that we look at how we work together and the system examination I talked about earlier. The self-assessment and study will – I hope – highlight that if indeed that is a weakness in New Mexico’s child welfare system, then we do all we can to eliminate that weakness."

As for the criminal charges, Milton is now accused of child abuse resulting in death – not murder. Prosecutors filed a motion to keep her in jail until trial. Prosecutors also said they are not looking into charges for the children’s father – who CYFD initially released the children to, while Milton was hospitalized.