He is accused of killing a Devon Heyborne at an apartment complex Friday.

Munford is known to law enforcement.

District Attorney Raul Torrez said Munford was arrested in December for shooting a gun while driving.

The district attorney filed a motion to keep Munford behind bars pending a trial, but a judge denied the motion and released him on an ankle monitor. 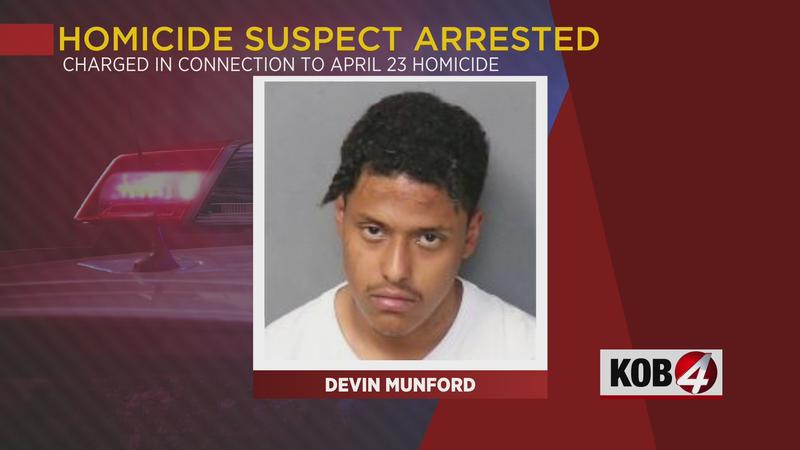