ALBUQUERQUE, N.M. – Bernalillo County District Attorney Raúl Torrez is speaking out on a case that ended with the suspect involved in a pursuit with law enforcement.

Jacob Montoya was on an ankle monitor, and investigators weren’t notified it had died until months later.

Montoya has a lengthy criminal history. Back in June, Albuquerque police say they found him in a stolen car with a shotgun and meth. There was also a warrant out for Montoya’s arrest.

“It’s just a classic example of the types of people that we see committing a number of crimes so we asked for his detention that motion was denied,” said Bernalillo County District Attorney Raúl Torrez.

A judge ordered Montoya to wear a GPS ankle monitor. Torrez says Montoya didn’t show up for a hearing and then that monitor’s battery died.

“We didn’t receive a noncompliance report until many months later and it was then that we realized that Jacob Montoya went on this crime spree,” said Torrez.

The state wasn’t alerted until Dec. 9 almost four months after since the GPS monitor stopped working.

“There was seemingly no real supervision, there was no real coordination with law enforcement,” Torrez said.

But by then, it was too late. Montoya is accused of robbing a Sonic in Sandoval County at gun-point in November, and a Starbucks in Santa Fe County nearly two weeks later.

After that robbery, Montoya led law enforcement on a pursuit that ended in Torrance County after Montoya allegedly shot at Santa Fe County Deputies and crashed.

“Are these really the type of defendants that New Mexicans think we should be taking a chance on?" said Torrez.

It begs the question — if prosecutors’ motion to hold Montoya in jail had been approved, would this have been prevented?

“This is another example of taking unnecessary risks,” said Torrez.

Torrez hopes lawmakers will fix the system during this upcoming legislative session. Under his proposal based on a "presumption framework", instead of prosecutors proving why the suspects would be a danger to the community, it would be on the suspects to prove why they wouldn’t be a danger.

“I handled defendants like Jacob Montoya in U.S. District Court here in Albuquerque and I know that those are the kind of individuals under a presumption framework they were detained because they had a weapon they had a criminal history and they were too high risk to be put back on the streets.”

Montoya is still in jail Wednesday. The DA’s office has filed a motion to revoke Montoya’s conditions of release. That court hearing is set for next week. 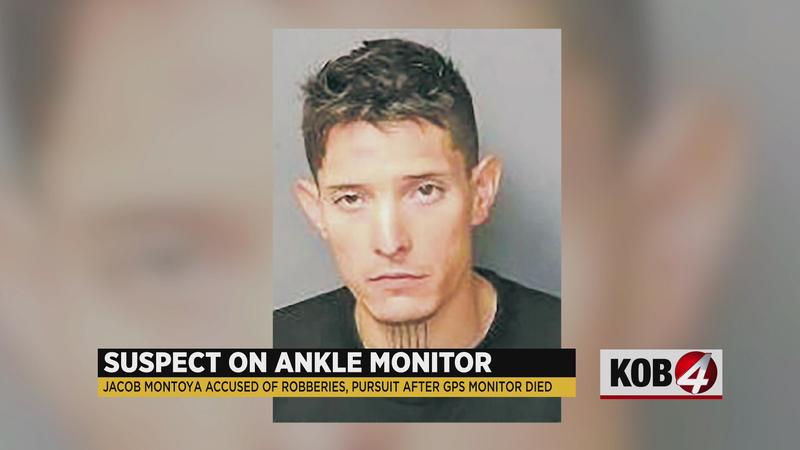