ALBUQUERQUE, N.M.- Numerous public safety bills did not make it out of the legislative session.

They are both concerned that public safety took a back seat to other issues during the legislative session.

None of the bills passed.

The bill were not voted down, they didn’t pass because committee chairs refused to give them a hearing. 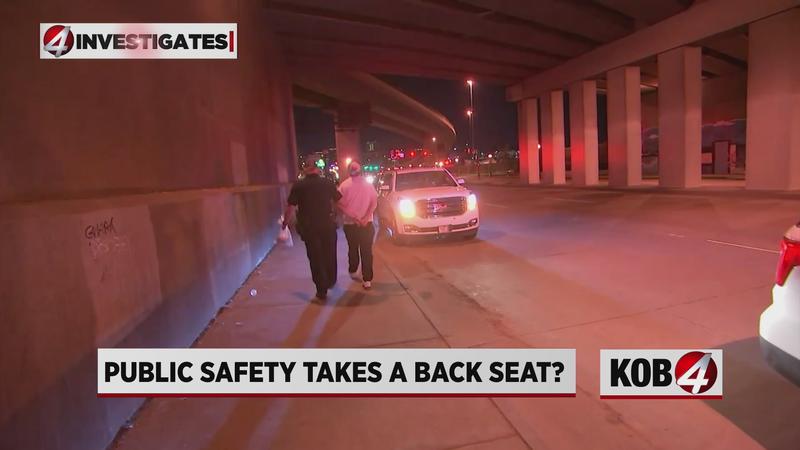 Torrez hopes legislative leaders begin taking public safety more seriously, and use this year as time to put together a package of ideas that truly makes New Mexico safer.

"My sense is—as the vaccine rollout happens and life returns, crime and public safety will come roaring back as the number one issue affecting Albuquerque, and probably the state right now," Torrez said. "And it’s my hope that we use the time that we have to start that process right away."

Rehm claims the scales of justice are not balanced. State lawmakers, he argues, have invested more time making sure felons are taken care of versus crime victims.

"The current legislature wants to do restorative justice, like we will expand felon voting rights—like if they aren’t in prison, they get to vote if they are on parole or probation, legislation to remove minimum mandatory sentences," he said.

Torrez said he’s been in contact with the governor, who is prepared to call a special session to legalize recreational marijuana. He said she understands the need to address public safety.

"I’ve had good conversations with the governor directly and her staff," he said. "They have been supportive, and they understand the challenges we face, so we would obviously welcome her engagement on these things and her leadership in these areas."

One of the bills that died set up drugged driving laws in New Mexico. Rehm believes it should be accompanied by the bill to legalize recreational marijuana– to protect against impaired driving.

"The only way to determine a person has drugs in their system is by a blood test, so all of those people are walking," Rehm said. "If you are going to have recreational marijuana, you have to pass this bill to allow officers to do blood tests."

The Democratic leadership did not say why no public safety bills were passed.

In a statement, they said, "This session, we worked to deliver the tools that law enforcement and first responders need through a budget that adequately funds police, courts, prosecutors, and public defenders. We are also fighting hard to address the root causes of crime, passing major legislation to support our state’s economic recovery, create new employment opportunities, and provide a lifeline for those experiencing financial hardship."