"And you watch, if we drop the murder rate in a couple of years, the focus will move away from us, but it won’t go towards these kids and that’s where it needs it go," Torrez said. "This is the core of New Mexico’s long-term problems – not just public safety – it’s a whole generation of traumatized children."

For example, according to the CDC, adverse childhood experiences (ACEs) can have a tremendous impact on future violence victimization and perpetration. Those traumatic events increase risk for future problems and have lifelong health impacts.

"These are the ACEs scores for the kids in juvenile detention in Bernalillo County – 75% of the boys and 87% of the girls report an exposure to five or more ACEs," Torrez said.

Rep. Day Hochman-Vigil said New Mexico has a massive surplus of around $1.4 billion. As a lawmaker, she has some ideas on how to make some of that money work for at-risk youth. 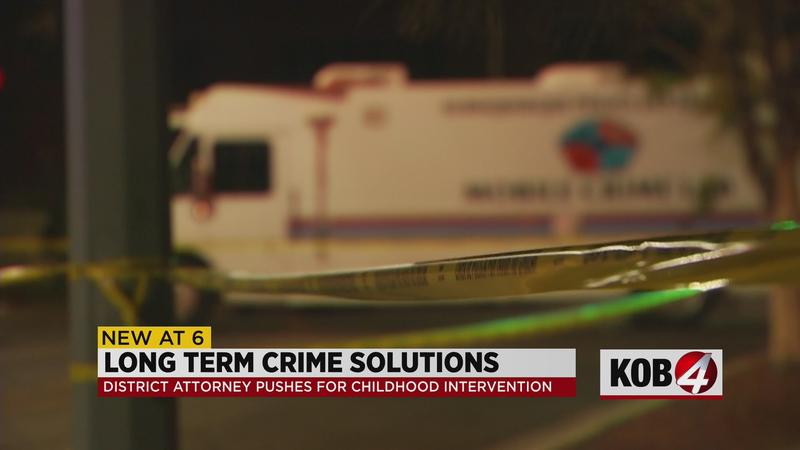 "Since 2013, or maybe even before, the state of New Mexico has not had a detoxification center for youth throughout the entire state," Hochman-Vigil said. "So what ends up happening is we send these kids off to get detoxed with adults. They are not being adequately provided with resources and services designed for youth intervention."

Torrez presented a chart showing New Mexico offers almost 25x fewer prevention services for youth than the national average. This is a problem some lawmakers would like to address in January.

"I feel like it is one of those pivotal opportunities that if we are able to pull this off this session, it will make a huge difference throughout the state," Hochman-Vigil said.

The district attorney said addressing concerns with traumatized youth is not only a public safety issue, but investing in troubled youth could help with workforce problems and economic growth in the long run.