D.A. Raul Torrez said he believes people who are charged with serious crimes, and are supposed to be supervised with GPS ankle monitors, are not monitored after hours or on weekends. This came to light after Torrez looked into the case of Devin Munford.

In December 2020, APD accused Munford of driving around Albuquerque and firing a gun out of his car. The D.A. argued that Munford was dangerous and should be held in jail until his trial, but Judge Clara Moran disagreed. Munford was released with an ankle monitor under the court’s pretrial services supervision program.

D.A. Torrez said pretrial services failed in this case in a huge way.

Torrez said this all shows that Munford was going wherever he wanted and doing whatever he wanted, and nobody sent alerts to law enforcement.

D.A. Torrez: We certainly in the District Attorney’s Office received no alert. I can tell you that the that our law enforcement partners, the Albuquerque Police Department, were not notified. In fact, when we asked for GPS location data on the whereabouts of this individual after the homicide, the first contact from APD, there was no response because it was after hours, which raises some very serious questions.

4 Investigator Chris Ramirez: Can I pause you right there? In what world is there after hours when it comes to public safety? It’s as if there’s like a checkout time when crime stops occurring?

D.A. Torrez: Yeah, I don’t understand it. I mean, we have prosecutors that are on call 24/7, 365. Obviously, our law enforcement partners work 24/7, 365. It’s incredibly disturbing to me that we are when we are looking for a homicide suspect, a suspect that I asked to have detained just a few months ago, that we can’t make immediate contact.

The D.A. believes the court is failing at supervising dangerous people, and it would appear there is no supervision on weekends and evenings.

“It’s not acceptable. And the really troubling thing is, this individual is somebody who was supposed to be subject to the strictest form of supervision that the court envisions as an alternative to being held in jail. And if this is what the strictest supervision looks like, it’s not nearly enough because, you know, a young person is dead,” Torrez said.

“There’s been a string of violent crimes committed over this past weekend and one of the outstanding questions, and one of the questions that I will be working with my law enforcement partners to try and find out is—I want to know where Devin Mumford has been since the day he was put back out on the streets, because at this point I have no idea,” he added.

KOB 4 reached out to the court for comment. A spokesperson sent KOB 4 a lengthy statement that did not clarify whether anyone is monitoring ankle GPS systems after hours or on weekends.

The statement reads in part, "When GPS monitoring is court-ordered, PTS monitors GPS in cooperation with the Bernalillo County’s Detention Center Community Custody Program. Through that partnership, individuals are monitored 24 hours, 7 days a week. Violations of GPS restrictions, as well as other violations of conditions, are reported to the Court and the parties."

The D.A.’s office said they asked for Munford to be held in pretrial detention for the second time, but the risk assessment tool for Munford is recommending he be released back into society.

To recap, Munford is accused of firing a gun out of a car and killing a man in a commercial armed robbery. 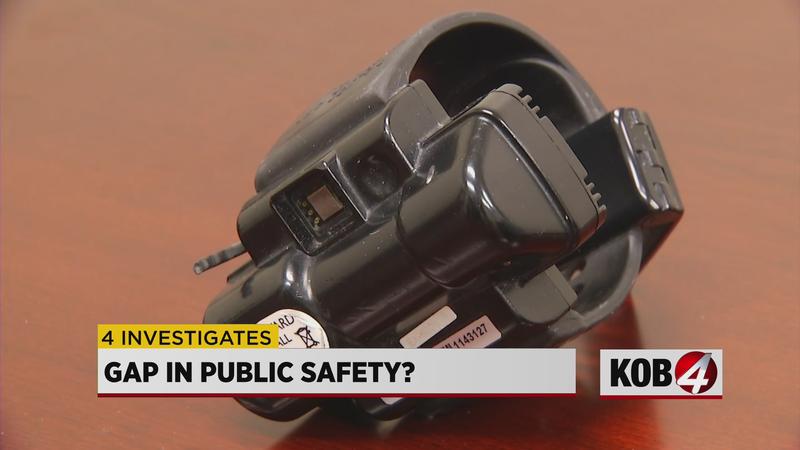