Damage of Clovis Aquatic Center break-in estimated at up to $15,000

CLOVIS, N.M- The Clovis Aquatic Center was a victim of a break-in.

Gordy Westerburg, the aquatic center’s manager, got the call about broken windows, but it turned out to be much worse.

Cleanup efforts have already begun, but this isn’t the first time the center has been vandalized. 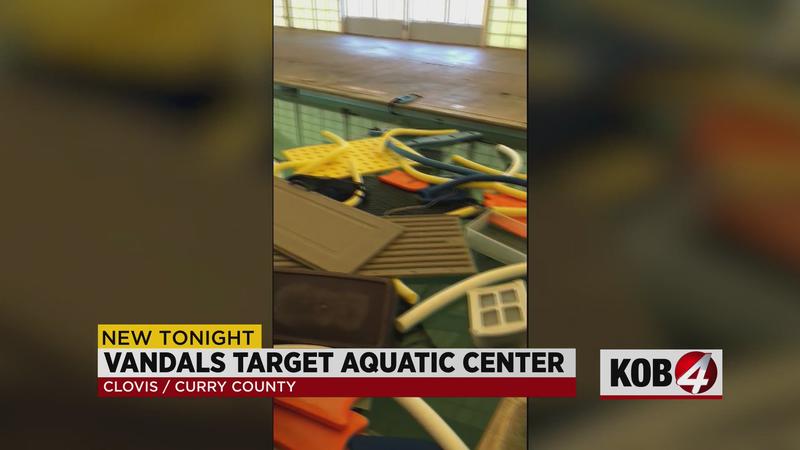 The aquatic center holds open swims, swimming lessons and practice for the Clovis swim team. Now everything is on hold while the facility works on cleanup.

The center is closed July 12 and July 13 for cleanup, possibly even longer once they fully assess the damage.

Westerburg said community members came to help with the long process of cleanup.