ALBUQUERQUE, N.M. — The New Mexico Child First Network hosted a training with the district attorney’s office to show how it uses social media to track who the crime-drivers are in our community. As it turns out, many of them are teenagers.

Colette Bridgewater, a crime analyst with the DA’s Crime Strategies Unit, said teens are often the ones using apps like Snapchat to solicit firearms and drugs.

“It’s that vicious cycle of that’s the kind of attention they’re getting, and then other people will emulate it because ‘That looks cool’ so it’s just what makes them a little more dangerous,” Bridgewater said.

The Crime Strategies Unit started in 2018 and was designed to target prosecutions.

“Because there are so many referrals that come into the office, not all of them need every single resource thrown at them. But who can we prosecute and spend resources on that will make an effect, or a ripple effect, you know? Is this person driving crime in the community?” Bridgewater said. 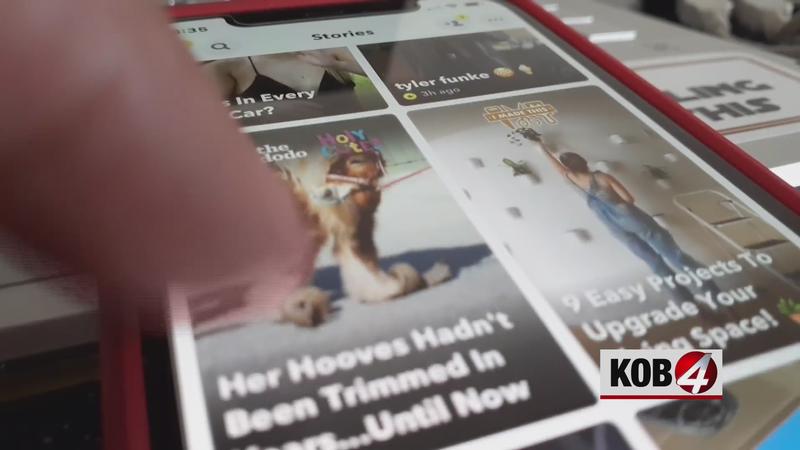 On Tuesday, Bridgewater provided resources to the New Mexico Child First Network through an online training.

“The interesting thing is that as a foster parent, as a parent who has foster hard-to-place and at risk youth, I found what Colette’s team is doing is groundbreaking,” said a speaker with the New Mexico Child First Network.

Bridgewater said they monitor social media for those violent criminals, either to have law enforcement intervene or use the videos as evidence later on. That’s what happened in 2020 when an Atrisco Heritage student brought a gun to school. Bridgewater said he was on their radar.

“It’s huge. There’s actually been detention hearings where a judge has said, ‘Because of the videos I’ve seen, I can’t let you walk right now’. It’s making a difference slowly. It’s such a large market. Its kind of hard to chip away,” she said.

That’s why knowing what teens are being exposed is important, Bridgewater explained.