ALBUQUERQUE, N.M.- A bill that would have permanently kept New Mexico on daylight saving time has died.

Senate Bill 102 did not make it through a House Committee Monday.

During the committee meeting, supporters said getting rid of the time change would improve health and safety.

"This seems like a lighthearted issue, but it actually really is deadly, a lot of traffic accidents, a lot of workplace accidents," said Scott Yates, an activist who was in favor of the bill.

However, opponents argued that the bill would be bad for business and trade by putting New Mexico out of sync with neighboring states and Mexico. 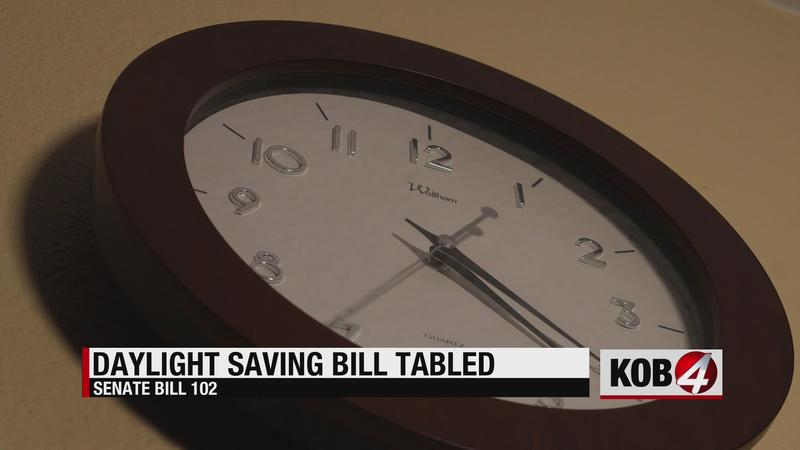 "Any change from El Paso, Texas, really, would hurt us because of the uncertainty it creates in the region," said Christopher Lyons, president of the Santa Teresa Land Company.

The bill’s sponsor, Republican Sen. Cliff Pirtle, disagreed. He said the bill was more about sending a message to the federal government to make the change nationwide.

"This bill will not do what has been brought to you from the opponents. This is actually a solution that says we need to fix this nationally so that all the time zones change at the same time so that when we move to daylight saving time permanently, El Paso does too," he said. "And will Mexico will follow as they did when we went to eight months out of the year daylight and four months standard time."

However, the bill was still tabled by a 7-3 vote.