ALBUQUERQUE, N.M. – People have three weeks to vote for or against the potential new pro soccer stadium in Albuquerque.

There’s a lot of money and influence behind this issue, KOB 4’s Tommy Lopez breaks down the new TV ads about the stadium – and tried to get the latest pulse of the community.

Supporters are pushing harder and harder to get this bond question approved.

New Mexico United is now in its third season, and it’s built a loyal fan base, right now it’s playing in a baseball stadium.

The City of Albuquerque has drawn up a bunch of plans for the potential stadium, with capacity around 10-12,000 fans. Many people want to see it happen.

"To have a new stadium would be super nice instead of having the Isotopes and the United keep switching off from time to time,” said an Albuquerque vendor.

Many city leaders are optimistic, and new TV ads support the project, pushing the message a stadium would help us economically.

But not everyone is completely sold.

"I’m really excited for the new stadium. I think there’s a lot of opportunity and growth that comes with it, but there are a lot of concerns, and I’m still conflicted,” said Ardith Tom, Albuquerque resident. “I’m reading a lot about what is going on between the home organizations where they’re planning on building it."

Many locals are out-right against the idea.

"For now, not for it and especially not for it in Barelas,” said Shannon, Albuquerque resident.

"There are a lot of other issues at stake right now that deserve attention,” said Ramiro.

"It just doesn’t seem like the best way to spend money in New Mexico — a soccer stadium," Dalila said.

A recent poll showed only about four in ten would vote yes and according to local news organization "The Paper", a study recommends potential spots for the stadium downtown — around the rail yards.

Community leaders there told KOB 4 Friday they’re pleased the city wants to work with them.

Under these plans, the city would own the stadium, the United would end up paying-in about $30 million and this "bond measure" that’s up for a vote — would include $50 million in public funding. 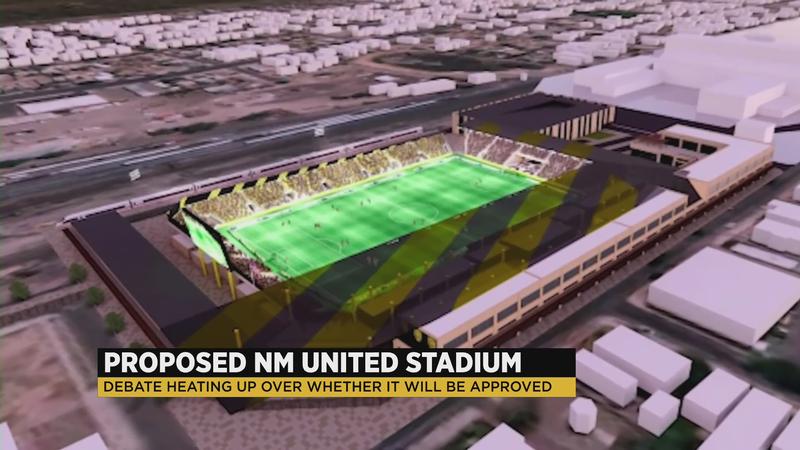