ALBUQUERQUE, N.M. – A mother is in jail – charged with killing her one-month-old baby – a week after she put out a call for help.

CYFD and Valencia County Sheriff’s deputies got involved. Why wasn’t more done to protect her children, even after she said she was worried she’d hurt her kids?

A spokesperson for VCSO said deputies did all they could in this situation.

Investigators said Milton told dispatchers, "I’m freaking out, I have a dead baby in my room,” and "I need someone to come and take this baby."

When Valencia County Sheriff’s deputies arrived, they found the baby in his crib located in Milton’s room. They said the infant had heavy bruising on his face and dried blood around his mouth. They believed the baby had been dead for several hours.

Deputies arrested Milton and charged her with first-degree murder. But it’s what happened a week prior that has New Mexicans demanding answers.

Investigators said Milton called 911, wanting help, saying she "is not right in the head,” and she "doesn’t want to hurt her children.”

Both deputies and CYFD got involved.

"From our perspective in law enforcement, it appeared to go the way the system is designed and built,” said VCSO Lt. Joseph Rowland.

Rowland spoke with KOB 4 Tuesday night. He said deputies and a CYFD representative went to the home in El Cerro Mission after Milton called 911 last week.

Rowland said CYFD was tasked with evaluating the family to determine if there should be a 48-hour hold on the children.

"If the recommendation is to do a 48-hour hold, then we are pretty apt to do that because they are the experts in that realm,” Rowland said.

However – that’s in direct contradiction to what a CYFD spokesperson told KOB 4 Monday night.

CYFD sent KOB 4 a statement, saying "they can’t take custody of a child unless law enforcement requests it."

"Unfortunately, the assessment made by CYFD that particular day was returning the children back to the father. There was no signs or indications that they were in a threat while in the father’s care,” said Rowland.

"I’m not sure if it would be better to train officers to do the job of CYFD on top of the other jobs that society has tasked our profession with attempting to do. I like that we do have CYFD that come out and assist us in that area.”

KOB 4 reached out to Gov. Michelle Lujan Grisham’s office as well, since the governor appointed the new head of CYFD, Barbara Vigil.

A CYFD spokesperson sent the station the following statement:

"The Children, Youth and Families department mourns the loss of any child’s life and will take immediate action to provide support to surviving victims while also respecting the privacy of those victims.

Yesterday, the Department responded to the death of a 1-month-old child in Valencia County. The department has taken action to protect and ensure the safety of the surviving sibling. The Department is prohibited by law to provide additional details at this time to protect the integrity of any investigation. CYFD will be aggressively investigating the incident in cooperation with law enforcement.

Our thoughts are with the families and friends of these young victims." 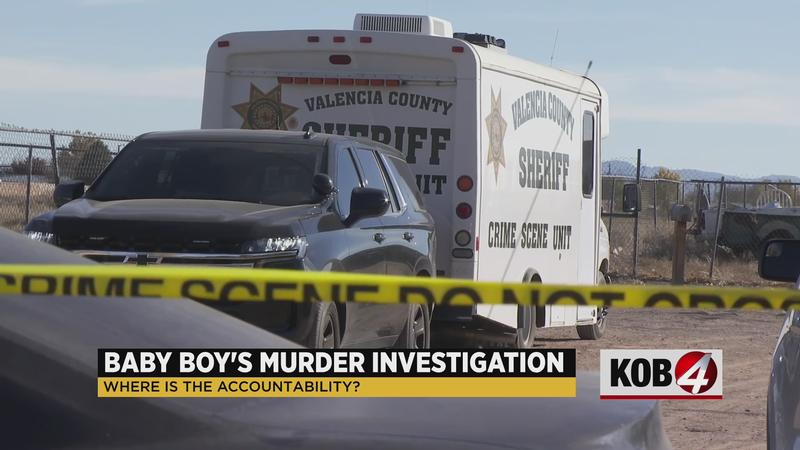