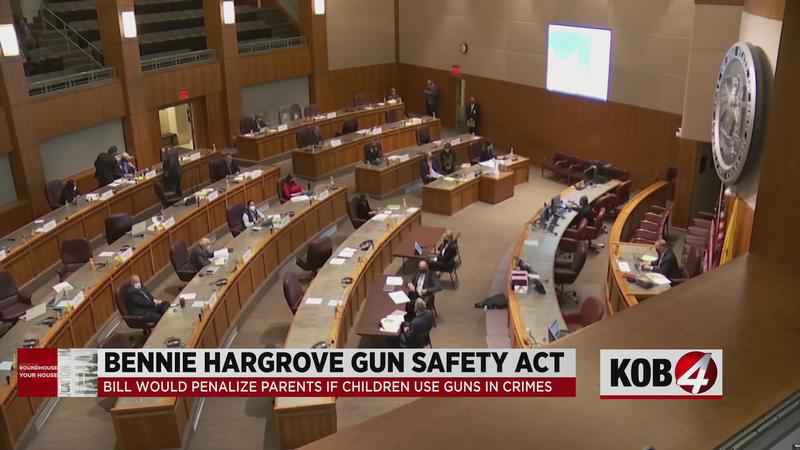 It’s called the Bennie Hargrove Gun Safety Act, named after the 13-year-old shot and killed by a classmate at Washington Middle School last August. The suspect allegedly took his dad’s gun to school.

"We want individuals who decide that they want to have a firearm that they do so and remember that it’s your firearm and it’s your responsibility and to keep it out of the hands and away from the access of children," said state Rep. Pamelya Herndon, D-Albuquerque.

If the bill becomes law, parents who don’t secure a gun could be criminally charged if their child uses that gun to commit a crime.

"I think a lot of people in many parts of New Mexico feel like they need a firearm in their bed stand and they are exercising their New Mexico constitutional rights of protection that is afforded by that firearm,” said Nibert. “So I’m concerned that that exercise of their constitutional rights for protection is being compromised if we believe that one cannot secure a firearm in a bed stand or under their mattress in a manner that can be easily accessed and utilized at a moment’s notice.”

“This talks about when you are not near your firearm and then you leave it a manner in which it can be accessible by a minor. There’s nothing that prohibits or infringes on the constitution,” said Herndon.

The debate will continue when the committee resumes hearing the bill Friday.

Track HB 9 during the legislative session.