ALBUQUERQUE, N.M. – Growers across the state are ramping up for the anticipated demand coming April 1 with the legalization of recreational marijuana sales.

"We’re trying to grow as fast as we can," Green Goods General Manager Ellie Besancon said. "Obviously you work with plant material and the plant is organic material and you can’t stamp a witch on it and roll it out the door."

The New Mexico-based Green Goods recently opened a production facility in Gallup – their second in the state. Green Goods is anticipating a big spike in demands once recreational sales begin but not at the same level as other states have seen.

"I don’t know that we’ll see the gangbuster numbers that we saw at the inception of recreation in California and Colorado," Besancon said, "but we’re looking and we’re hopeful that we’ll see a substantial uptick, maybe in the realm of 3-5 times over."

While state regulators anticipate a big jump in demand, they also expect to be prepared for it.

"We believe that our numbers are sufficient, that there’s going to be plenty of medical cannabis available for medical patients and that there will be cannabis available for adult use," Cannabis Control Division Superintentdent Linda Trujillo said. "I don’t think everywhere is going to run out, although there may be some retailers that run out, but I just don’t think that everybody across New Mexico is going to run out." 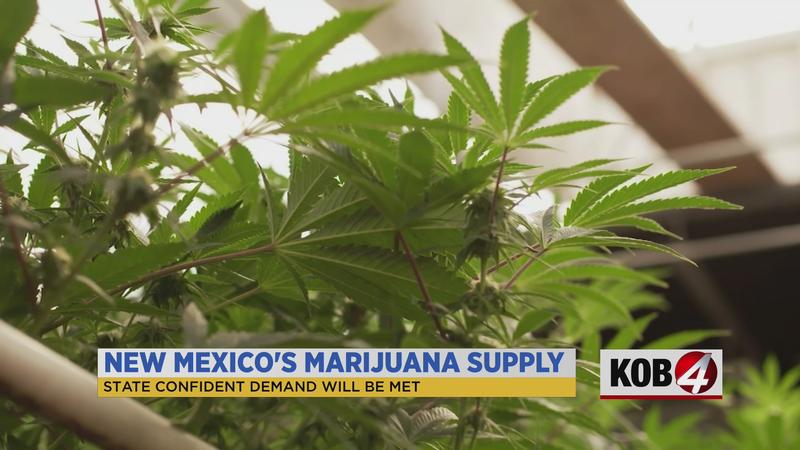 However, some industry leaders are anticipating demand from one particular state: Texas. According to the CEO of Ultra Health, there are just as many legal adults living near New Mexico’s border with Texas than there are in all of New Mexico.

The CEO estimates the state will need 500-to-600 thousand plants to keep up with demand, even as current rules limit the biggest producers to just 8,000, which the state says should be enough.

"Our numbers were based upon current licensees, new licensees and the short time frame between now and then in order for the industry to really ramp up and be prepared for the early spring opening of adult use recreational cannabis," Trujillo said.

The CEO of Ultra Health states the state should eliminate the limit. However, smaller operations disagree.

"I feel like we want to create a market where we don’t outpace supply with excessive demand," Besancon said, "so I feel like going into this more thoughtfully and conservatively might be the right approach."

"For right now, Green Goods is focusing on the space that we have right now and seeing how we can maximize the sort-of operation we have and then expanding further from there, since we can only do what we can only do," Besancon elaborated.