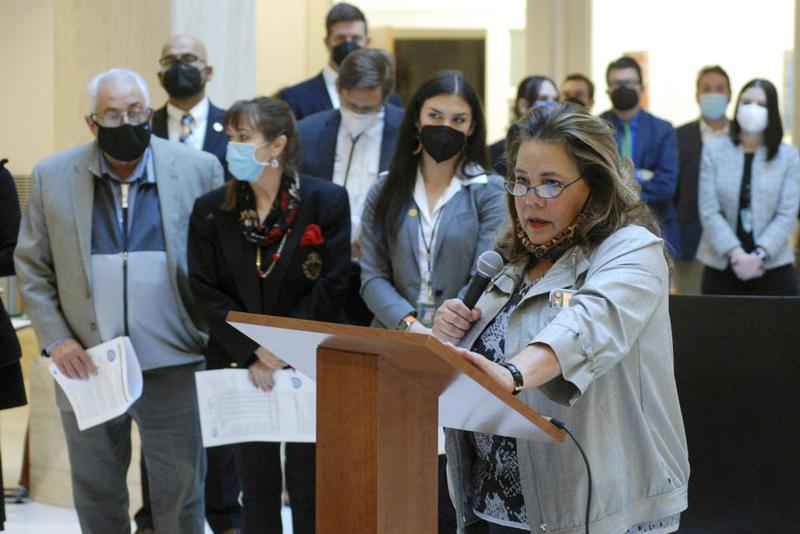 Incentives in the lengthy proposal include tax credits and deductions for private enterprises and loans underwritten by local taxpayers.

Environmentalists are wary of the impacts of hydrogen production that uses natural gas as an energy source and feedstock, arguing that it can prolong dependence on fossil fuels and relies on relatively unproven technologies to capture and dispose of carbon pollution.

Gov. Michelle Lujan Grisham is backing the initiative and says that hydrogen producers who use cleaner methods can qualify for larger tax incentives under the proposed legislation.

At the same time, the U.S. government is devoting $8 billion to hydrogen projects under an infrastructure bill signed by President Joe Biden in November 2021, with an eye toward developing cleaner sources of fuel for industrial sectors and the deployment of fuel-cell vehicles in heavy, long-haul trucking.

The incentives in New Mexico are proposed by legislators including Democratic Reps. Patricia Lundstrom of Gallup, Javier Martínez of Albuquerque and Nathan Small of Las Cruces.