ALBUQUERQUE, N.M. — Thursday marks one year since a mob stormed the United States Capitol, an act that demonstrated the country’s vulnerability.

“Our democracy bent, but it didn’t break,” said New Mexico Sen. Ben Ray Luján. “That dark day reminded us how fragile our democracy is."

On Wednesday, the U.S. senator, along with fellow Democratic leaders and advocacy groups, including Stand Up America, announced a goal to strengthen democracy by focusing on voter access and filibuster rules.

“The filibuster, as it stands, allows Washington republicans to obstruct, while Republican-led states ram through voter suppression laws," Luján said. "We will vote on changing the senate rules, on or before Martin Luther King Jr. Day. Doing so will allow us to send the Freedom to Vote Act, John Lewis Voting Rights Advancement Act and the Protecting Our Democracy Act to President Biden’s desk."

Republican leaders are criticizing Democrats for linking the Jan. 6 riots to filibuster reform and election issues. 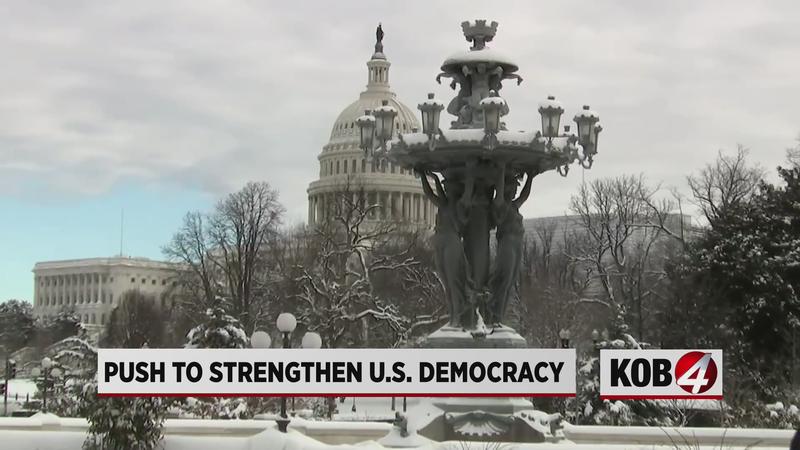 "Washington Democrats have been trying to seize control over elections for years," Senate Minority Leader Mitch McConnell said. "It is beyond distasteful to some of our colleagues to ham-fistedly invoke the Jan. 6 anniversary to advance these aims."

"Jan. 6 proved that Congress must take legislative action now, to defend the fundamental right to vote," he said.