ALBUQUERQUE, N.M. — Dozens of protesters gathered at Albuquerque Police Department headquarters to speak out against the appointment of Chief Harold Medina.

Protesters with the group Fight For Our Lives Albuquerque said Medina should not be chief because he shot and killed a 14-year-old in 2002.

The teen, Dominic Montoya, pointed what turned out to be a BB gun at church members and police before Medina shot and killed him.

"We are out here because Medina was picked up for chief of police and it was a political move done by Mayor (Tim) Keller and it was done without the citizens support," said Barbara Jordan, one of the protestors.

Some of the protestors said Montoya had mental health issues. Additionally, a witness told KOB 4 that the teen was acting strange before he pulled out the gun.

KOB 4 asked the mayor’s office if Keller looked into the 2002 shooting. Officials with the city did not answer the question.

However, they did send the following statement:

"We conducted an extensive community input process that helped us shape the new structure at APD with Chief Harold Medina and the new Superintendent of Police Reform Sylvester Stanley. Chief Medina has been very open about his experience and how it informs his commitment to reform and making sure officers are set up to succeed."

"We put in everyday letting them know we did not want Medina to be the next chief. We sat in on the interviews and sent questions that were never answered. So that is (expletive)," Jordan said.

"Medina is not the right choice for the chief of police, he should have never accepted that position," she added.

Under Keller’s new APD setup, Medina will oversee crime fighting and recruiting. Meantime, the city’s new Superintendent of Police Reform will focus on running the academy, internal affairs and working with the Department of Justice. 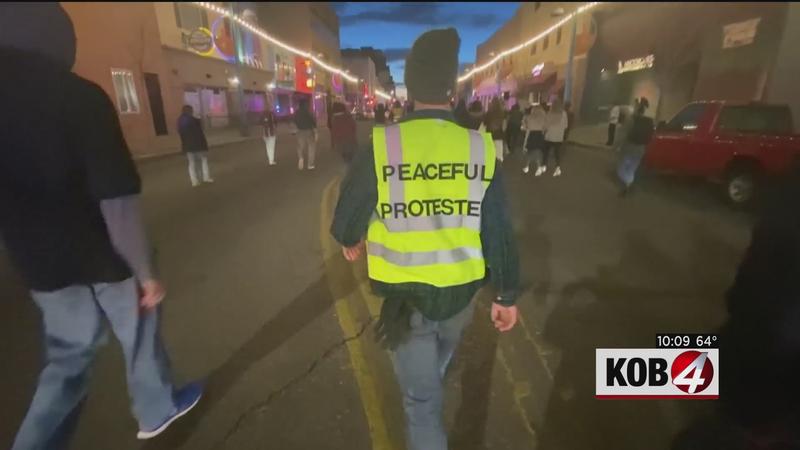