ALBUQUERQUE, N.M. – William Gardner is supposed to be fixing teeth and putting patients’ health first. But – this dentist is accused of working on peoples’ smiles – without a license.

Prosecutors say he’s putting the public in danger. A virtual court hearing Tuesday revealed what may be next for a dentist accused of illegally treating teeth.

The 4 Investigates team revealed a long legal fight that accuses Gardner of 36 counts of tax fraud and that "the public is endangered" because an undercover investigator caught Gardner doing dentistry without a license.

When asked if he should have been open and seeing patients if the revocation was active in July of last summer. Gardner replied, “Well, my office is open, but we’re not seeing patients.”

The 4 Investigates team says after an initial report aired multiple people have come forward to say they have received dentist care from Gardner during the time his license has been revoked. Now, his criminal tax fraud case appears close to an end.

"I wanted to inform the court, I had emailed the court this morning. We do have a signed plea agreement."

But – the terms of the plea deal will not be public until the next hearing.

"This is all going to be, hopefully, resolved by a plea now."

Gardner’s attorney did not return KOB 4’s calls for comment – as the dentist’s case sits in the waiting room for now. 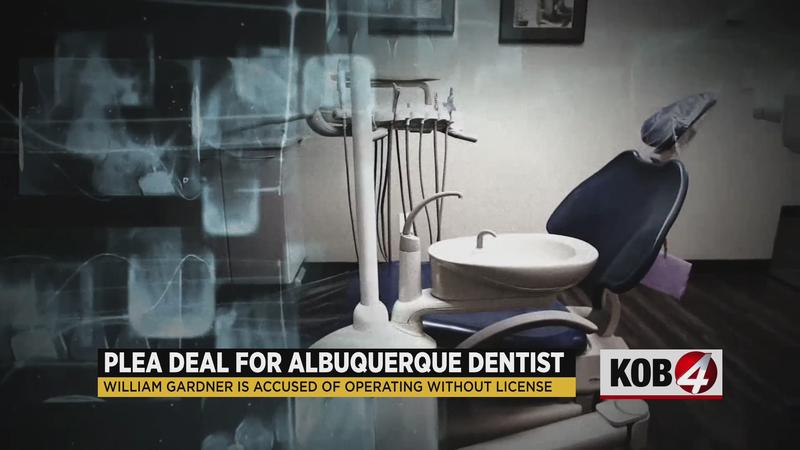