Details of trial hashed out ahead of trial for man accused of rape, murder of 6-year-old girl

ALBUQUERQUE, N.M. — Jury selection begins Monday in the trial of a young man charged in the 2018 death and rape of six-year-old Ariana Romeo.

However, days ahead of the trial, the defense and state went head-to-head over what can and can’t be brought before a jury next week in Leland Hust’s trial.

“We are asking the jury to reach a verdict based on the facts that are presented to them and that’s not a fact that is being presented to them—it’s an attempt by the state to show Mr. Hust’s character,” said Michael Rosenfield, a defense attorney.

It became clear during a Wednesday hearing that DNA evidence will play a big role in the trial. KOB 4 previously reported that investigators said they found Hust’s DNA on and in the young girl’s body.

“Only the experts will be able to discuss the nature of the DNA,” said Judge George P. Eichwald. “I anticipate that perhaps the state may ask a question to the effect of ‘During part of your investigation, were you trying to collect DNA evidence?’ Something like that is okay.” 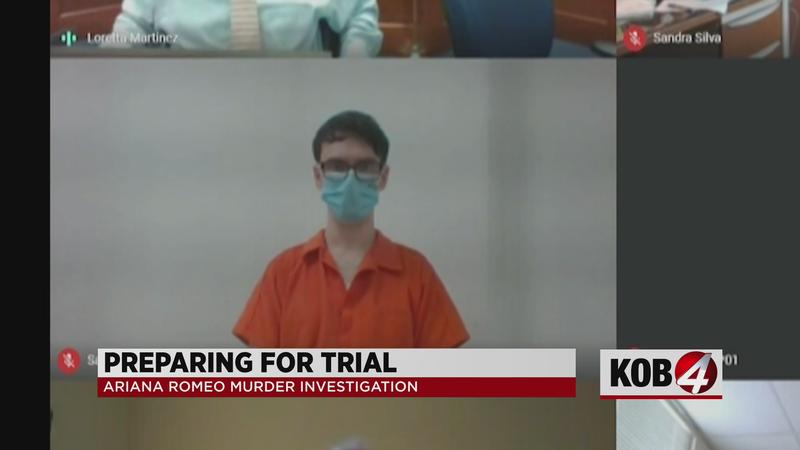 Hust reportedly told investigators that he didn’t remember anything. That questioning by law enforcement was also brought up during the Wednesday hearing, where the judge decided that jurors would not be allowed to see all of it.

“The minute that the defendant makes these statements about himself and being asexual and not wanting to be touched, that’s why he could have never done this to the victim, everything else he said in context is relevant because it shows his inconsistency,” said Martinez.

The defense, however, disagreed.

“A lot of this, the statements that Mr. Hust made and the questions he was asked are highly prejudicial and with no probative value whatsoever,” said Rosenfield.

Leland Hust appeared at the virtual hearing from the Sandoval County Jail.

His trial previously moved from Sandoval County to Valencia County due to extensive media coverage of the case in Rio Rancho and Albuquerque.