ALBUQUERQUE, N.M. – Legalization of recreational marijuana is less than two months away, and dispensaries who are trying to open in Albuquerque say the city is making it harder than it needs to be to get approved.

On Friday, the city’s Planning Department launched a new online application for cannabis retail locations, but some potential dispensaries say they are frustrated that a new application was announced so close to the launch date.

Mathew Muñoz is getting ready to open his dispensary, Carver Family Farms, in April. Over the past few months, he has had to fill out a lot of applications.

While this new application is not for a business license, the online portal was not entirely clear about who had to fill out this new application. Muñoz thought he had all his ducks in a row until he saw the city’s latest announcement for cannabis retailers.

And it’s not just the small businesses who are frustrated with this new application. Larger chains like Ultra Health, who have nearly 40 locations across the state, says it’s harder to get approved in Albuquerque than any other city.

“Albuquerque seems to have decided to take a different path and a redundant path. Keep in mind the state of New Mexico has already granted for many operators their physical license, you have a piece of paper approved by the state, you’ve crossed every ‘t’ dotted every ‘i’ and Albuquerque is basically saying ‘stop, wait, we want to rethink this thing and we may have a new process in mind,” Ultra Health CEO Duke Rodriquez said.

This new application, launched Friday, is for the city to approve the locations of cannabis retailers.

“It is incredibly simple for a holder of a state license to apply for location approval,” said Alan Varela CABQ Planning Department Interim Director.

The application consists of submitting documents to show you have a cannabis license and a place to do business.

“No one is required to submit a lease, but we have required them to submit a letter of intent to show they have some right, if they qualify, in order to use that site,” Varela explained.

But since this location approval is coming out so close to the legalization date, many dispensaries have already signed leases, and now worry there is no guarantee their location will get approved by the city.

“Even with the new process they are proposing doesn’t say when, or if ever, that your application will be approved it simply says there is a new process. And that is not good enough for us,” Rodriquez said. 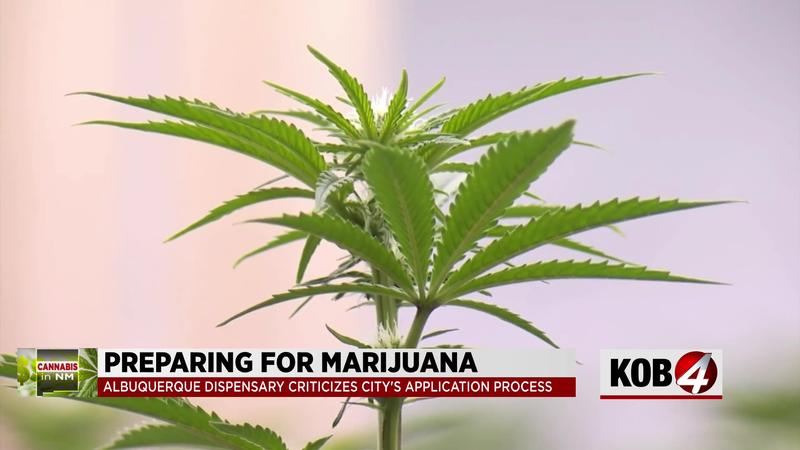