In correspondence with the district attorney, court staff have indicated that releasing GPS data of its defendants violates their privacy. At a news conference Thursday, Torrez and Albuquerque Police Department Chief Harold Medina argued public safety should trump the privacy rights of somebody awaiting trial for a violent crime.

"There is something that will be very interesting and complicating in this whole process, and that’s the fact that we are filing this lawsuit in the court that we are also suing," Torrez said.

According to the complaint filed by Torrez, the court denied the DA office’s request for GPS location data in the cases of Devin Munford and Jesse Mascareno-Haidle.

Munford was released with ankle monitor Jan. 4. While wearing that GPS monitor, police believe Munford robbed a convenience store and shot and killed 22-year-old Devon Heyborne. A 4 Investigates report later revealed that the division of the court in charge of monitoring GPS devices doesn’t operate on weekends, evenings of holidays. 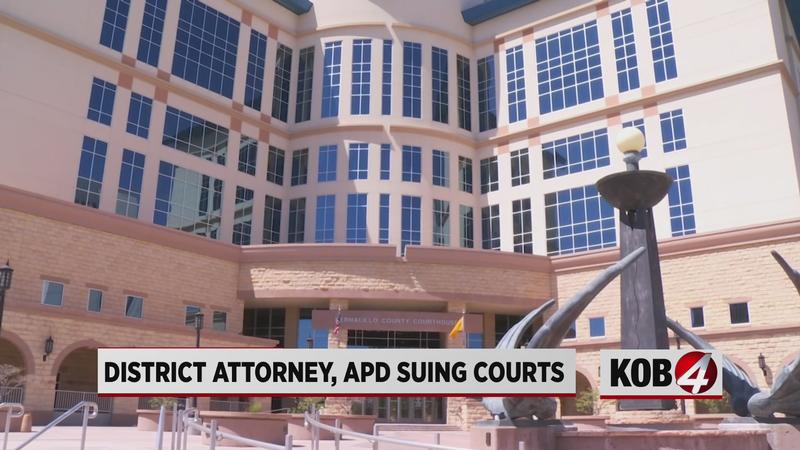 Torrez filed an IPRA request April 30 for Munford’s GPS location data, but the Bernalillo County court refuses to give it to Torrez or to police, citing Munford’s right to privacy.

"If a judge has ordered you to wear a GPS ankle bracelet and told you, ‘We will be monitoring you 24/7,’ you obviously have no expectation of privacy," Torrez said. "There is no case in this state or any other that I am aware of that would justify that."

"It’s just this big chain reaction of work from one individual and we don’t even have a full snapshot of what this individual was involved in," Medina said. "But beyond that, the citizens of Albuquerque have another homicide to add to their number, more frustrations for the community, and the one thing we can’t forget is that we now have a mother without a son because we have a failed system – because the system isn’t communicating or working with one another."

The mother Medina referenced is Devon Heyborne’s mother, Angel Alire, who feels like the court’s refusal to turn over GPS data for her son’s alleged killer is yet another example of how the scales of justice in New Mexico are tipped in favor of defendants.

In spite of the initial refusal, Torrez and Medina have actually asked the court to turn over GPS data for every single person the court is monitoring right now. They believe knowing the whereabouts of this group of people could solve other crimes.

In response to the lawsuit, the Second Judicial District Court responded with this statement.

The chief judge has recused every sitting judge in Bernalillo County from handling this lawsuit. A judge from out of this jurisdiction will have to decide what to do with this lawsuit.

Since the initial 4 Investigate’s report on GPS monitoring, the court has funded 24/7 GPS monitoring temporarily. However, the state legislature will have to provide additional funding to make that permanent.