ALBUQUERQUE, N.M. – According to the National Institute of Health, 90% of people with Chronic Kidney Disease do not even know they have it until it is too late.

March is National Kidney Month so doctors are taking this time to raise awareness of the disease.

"We’d like to use this time to raise awareness to a condition that affects some 37 million Americans, so that’s 15% of the adult population,” said Dr. Griffin Rodgers, the director of the NIH’s National Institute of Diabetes, Digestive and Kidney Diseases.

New Mexico is one of only 14 states to have above-average rates of the four main causes of CKD. Those causes are diabetes, pre-diabetes, obesity and end-stage renal disease.

"In which someone will require either dialysis or transplant for survival,” Dr. Rodgers said. "Kidney disease is around two individuals per 1000 of your population," which is roughly three percent of New Mexicans. 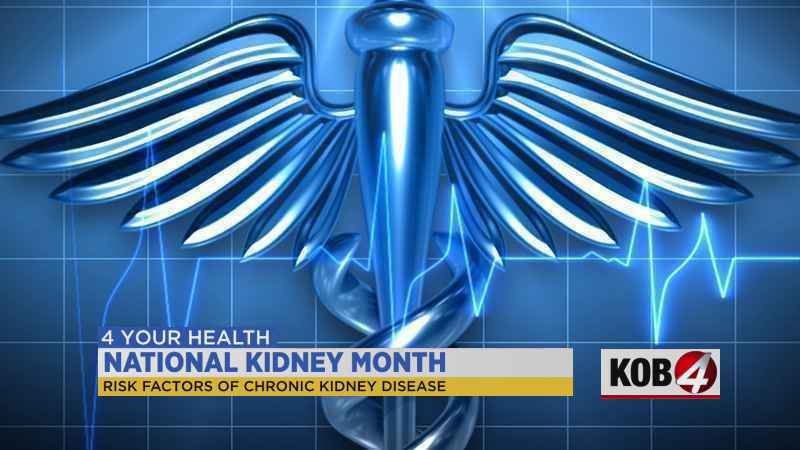 Those who have these risk factors in their family’s medical history also have increased chances of developing kidney disease.

“Chronic kidney disease is a silent disease, meaning that oftentimes there aren’t symptoms until the disease has progressed to a great extent," Dr. Rodgers said.

However, that does not mean there are no signs. Kidneys maintain our water and electrolyte balance by removing waste and extra fluid from our bodies. When they are not working properly, Dr. Rodgers said, “one can become anemic, therefore fatigue easily and not have their normal exercise tolerance."

Other signs or high-risk factors of CKD include high blood pressure, heart disease or hypertension.

A simple blood and urine test is required to diagnose kidney disease. There is also a variety of treatments and medications for different stages.

"We now know that between seven to eight hours of sleep for adults are not only good for our physical and mental health, but also for our kidney health," Dr. Rodgers said.