ALBUQUERQUE—The Department of Justice released new rules for jurisdictions under a consent decree Monday. Albuquerque has been under DOJ jurisdiction for seven years now.

"They don’t come in here with policies that are considered best practice and a huge blank check book to train police officers,” said Shaun Willoughby, the President of the Albuquerque Police Officers Association. “So this whole blue print called the DOJ consent decree and the monitoring process, it’s a joke."

U.S. Attorney General Merrick Garland announced new rules for how the government will monitor reform in communities Monday. He announced 19 actions the department will take in order to address concerns about the current monitoring efforts.

The new guidelines limit how much cities can spend on monitors’ fees, outline training tools for monitors and judges overseeing those monitorships, and they require a hearing after five years so jurisdictions can prove they’ve made progress, and potentially ask for an end to their consent decree. 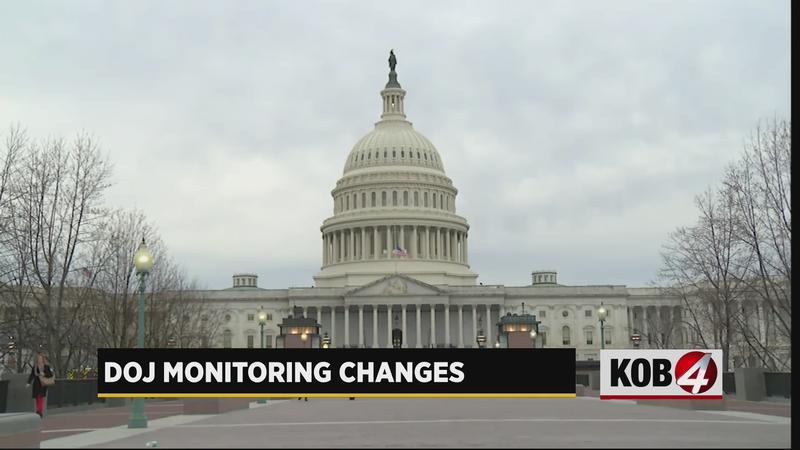 “The people of Albuquerque demanded that we change the culture at APD, and we have made tremendous progress. But the public also deserves a fully staffed police department that has the resources to focus on fighting crime. The pendulum has swung too far in the wrong direction where officers do not feel supported. We need the local flexibility to ensure we can balance fighting crime while protecting the rights of all citizens.”

“In this city, we want to make reforms that are actually meaningful to our local communities rather than out-of-state consultants. I believe that Albuquerque has what it takes to do that while supporting our officers, tackling crime and making our city safer for people from all walks of life.”

This set of rules immediately applies to new consent decrees, however Mayor Keller says the city will approach U.S. District Court in New Mexico to make sure the same standards are applied to APD’s current agreement.