ALBUQUERQUE, N.M. – No charges have been filed yet as APD continues to investigate a domestic violence-related homicide in northwest Albuquerque.

According to police, officers were dispatched around 6:48 p.m. to 2513 Los Compadres St. NW, in reference to a shooting call. Upon arrival, officers found a man who sustained gunshot wounds.

The man later succumbed to his injuries at the scene.

The person who fired the gun – reportedly a woman – stayed at the scene. No charges have been filed.

Detectives are working with the District Attorney’s office and are continuing to investigate the case. 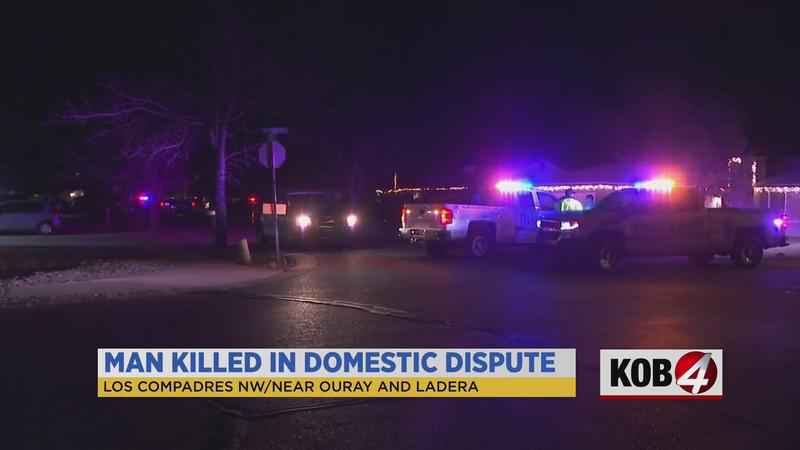