“They are here all day long,” said a passerby. “I worry that it’s going to increasingly get worse and worse.”

Quite a bit of kids end up at the nearby Johnny Tapia Community Center for summer camps and after school programs, and parents aren’t happy about the space being taken over.

They said when kids play in the field, staff will search for dangerous items.

"I’m worried my kids are going to get hurt but not only my kids, there’s a lot of kids in this area," said a concerned parent. “My wife called me this morning, and she had seen a homeless lady with a big knife out here kind of bullying and intimidating other homeless, it’s a totally unsafe environment for these kids to be around." 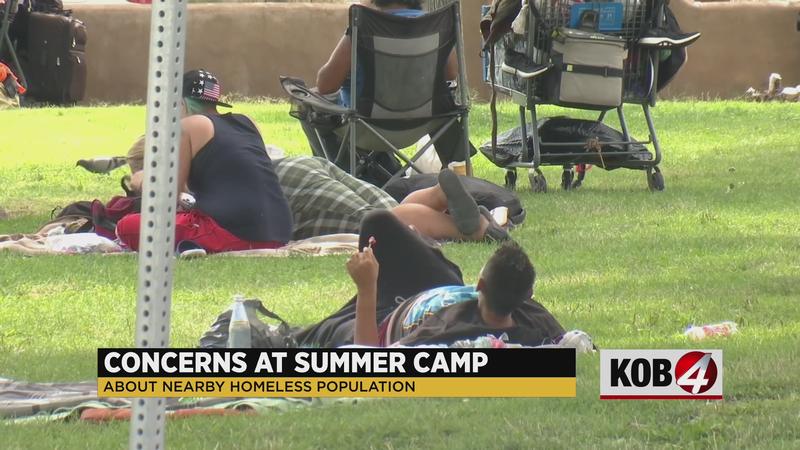 But there wasn’t much they could do because it’s a public park.

"They are just sitting there keeping cool,” said a woman. “We need to have more housing for homeless."

City officials said they were counting on a multimillion dollar homeless shelter closer to downtown, and the gateway center is underway.

"Safety is our top priority, the only adults allowed to interact with participants are trained and screened city employees who are supervising."

For many parents, that’s not enough.

"They can send security officers out here to maintain this park get these people out of this area make it safe for kids to come and play at this place, but no," said a parent.

An Albuquerque Family and Community Services representative said the large scale project will include a nearby property, doubling the park’s size, and that they’ll have strategies to reduce crime and encourage the community to use it.