ALBUQUERQUE, N.M. — Low riders and cruising culture is part of what makes New Mexico so special, particularly in Downtown Albuquerque. However, cruising is not exactly how some residents would categorize what goes on Downtown during the weekends, and sometimes throughout the week.

“We live in a city, noise is part of that,” said Rick Caldwell, a downtown resident of more than ten years.

While most people may not think of Downtown as a neighborhood, apartment buildings are everywhere. They overlook bars, restaurants, and Central Avenue— a stretch of road that’s earned a reputation for cruising.

“We’ve always had cruising Downtown, which is awesome. I really enjoy it,” said Joaquin Baca, a Downtown resident. “It has changed during the pandemic and become much different and unsafe. The noise is the most visible part of it where it’s super, super loud going late into the evening.” 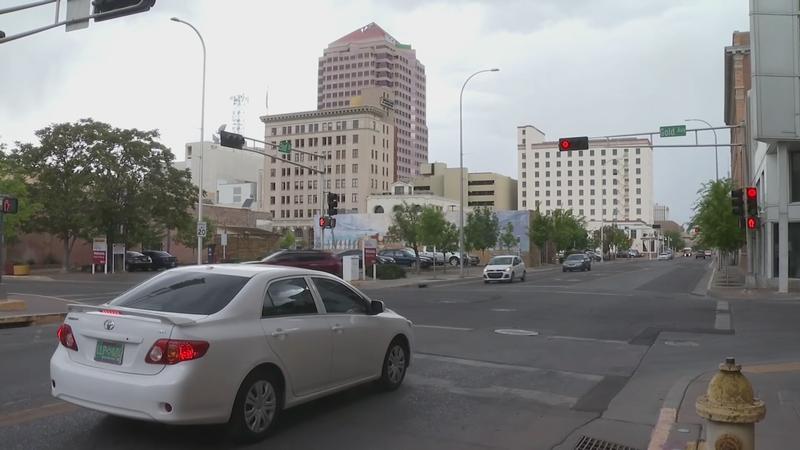 That has become a side effect of those peaceful cruises. In fact, Baca believes the pandemic has sparked more interest in late night parking lot parties.

“It’s the modification of the mufflers. Are they fueling their cars with testosterone? Is that what’s going on here? That’s the sense I have now. Ordinary traffic noise does not bother me,” said Carolyn Meyer, another resident.

In some cases, the chaos has even ended in destruction. Their building has been hit twice.

An APD spokesperson said cruising is only allowed on Sundays until 8 p.m., then barricades go up. However, residents said there are other issues besides cruising that require some attention.

A spokesperson for APD said they are working on a tact plan to target the Downtown area and some of those concerns, which will become especially important as Downtown begins to reopen. They also said there are already city ordinances that address loud cars, specifically mufflers. Every car has to have one, and it can’t be illegally modified.

“So quality of life to an extent, right? Doesn’t matter what neighborhood you’re in, you want your life to be good. So here, the noise really has reached excessive levels. And more than that–it’s a safety issue,” said Baca.

Residents said they believe the problem will fix itself once Downtown reopened more. But in the meantime, it needs enforcement.

“I think there are things that can be done about it. Enforce the ordinances. Get some cops on the street,” said Meyer.