State Police patrol the New Mexico State Fair every year, but this year they will be dedicating even more resources.

They will reportedly have dozens of officers at the fairgrounds every day. Those officers will not be enforcing the vaccine mandate, but they will be out there to help prevent other things like car break-ins or lost children.

“Our officers are always there and available for people to walk up to, to talk to them,” said Lt. Mark Soriano. “They’re very welcoming.”

This year they’ll dedicate 51 officers to the New Mexico State Fair. Some will be working the parking lots, while others will be walking around the fairgrounds.

“We see a lot of break-ins into vehicles, we do have some incidents in the fair where there is people who don’t get along,” said Soriano. “Sometimes we do see where a child is separated from their parent.”

They’ll also have a team out there to "Tag Your Tots." It’s a way to help relocate families and children – should they wander off. The program asks that parents take a picture of their child on the day of, then the child will also get a bracelet.

“It has an ID number, the information on a spreadsheet that we have. That information, we just have the child’s name, parent/guardian name on there, as well as contact information for that child,” Soriano said.

It’s very possible this state fair may look different than years past. Soriano said State Police will not be enforcing the vaccine requirement.

“The State Police will not be doing that. That will be the New Mexico State Fair that will be checking those vaccination cards,” Soriano said. 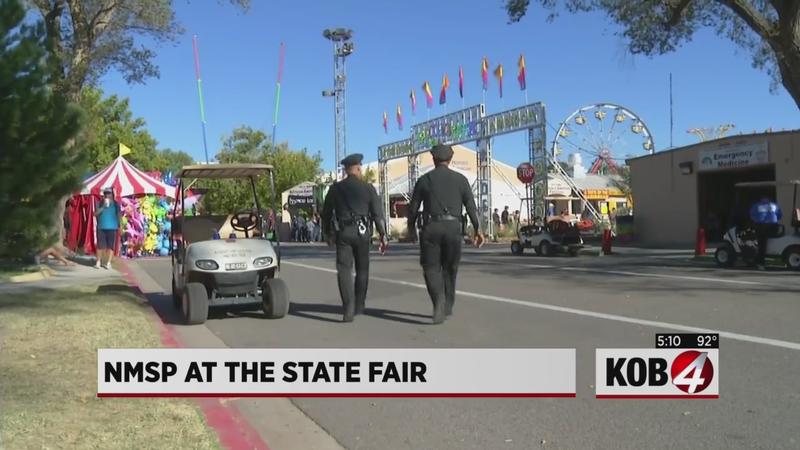 Officers will also be out hoping to recruit more officers during the fair. They are asking those interested to check out the Tag Your Tots area.