ALBUQUERQUE, N.M.- Behind every public health order, ever decision to close or reopen, each push to mask up or socially distance, was a team of people crunching numbers, trying to predict how each step could impact the lives of New Mexicans.

Dr. David Scrase, cabinet secretary of the New Mexico Human Services Department, was in charge of the team.

Weeks before New Mexico’s first positive case, the state was already busy planning behind the scenes.

"I was just starting my second year when we started hearing more about Wu Han China and the cases there," Scrase said.

"I had conversations with other providers and asked, like, how quickly can we redesign healthcare," he added.

New Mexico, a largely rural state, was working with fewer resources than other states including hospital beds. 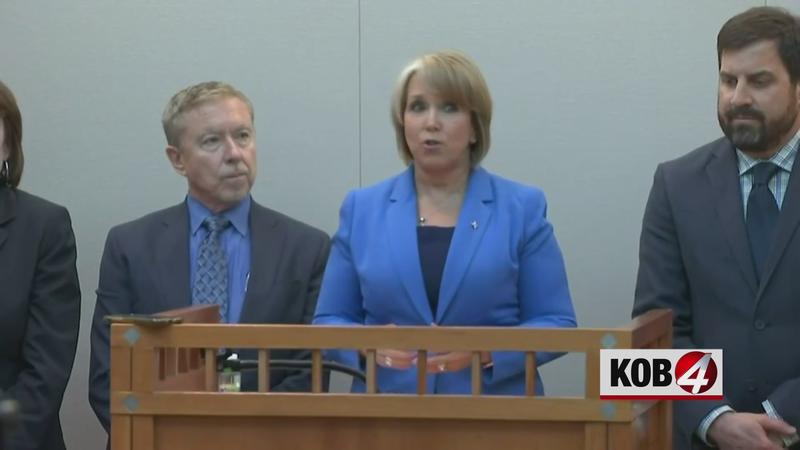 "I am quite certain that no one had any idea it would be this intense, this difficult, this challenging," remembered Scrase. "But every single person, every woman, every man in healthcare, that I contacted with wanted to do more."

As the states around New Mexico started announcing cases, Scrase knew it wouldn’t be long before it arrived in the Land of Enchantment.

"We knew it was absolutely inevitable, there’s nothing we could have done to keep COVID out of New Mexico," Scrase said.

On March 11, Gov. Michelle Lujan Grisham announced the three cases. At the time, the state’s modeling team was predicting as many as 15,000 deaths.

"I think our looking at the worst case scenarios and what would happen without any prevention of spread were so sobering that it, it compelled us in those very first few weeks to more decisive actions," explained Scrase.

What happened next was sweeping rules that affected everyone. From nursing homes, to restaurants and grocery stores, to how children are educated, New Mexicans were asked to stay home and mask up when outside.

"We didn’t have any information on the demographics at all, but it became very apparent very quickly that older people were much more vulnerable at much higher mortality rates, and we had some operates very early on in nursing homes that were pretty devastating," said Scrase.

The first COVID death was announced a couple of weeks after the first positive cases. State leaders decided New Mexico needed to function as a statewide hospital system and share resources.

"Had we not had that in place in December, we would have had to make care rationing decisions…we became that close to doing it," said Scrase. "I was really worried… that was something that caused you know sleepless nights, every night until we began to see that downturn in cases."

From March through July, and then reset in mid-November, New Mexico’s COVID case counts went on a rollercoaster ride.

"It doesn’t take long to see us winning this year-long battle against coronavirus, as long as people remember, we’re still in it, and they still wear those masks, and they still stay at home unless they need to be out," urged Scrase.

Now that the vaccine has arrived, New Mexico is leading the country getting those shots out.

"People are all the time saying, prove to me that I don’t know, big high school football game crowds are unsafe, prove that. And I’ve kind of evolved to the point where I say you know… I’m really not trying to prove that sort of thing anymore. Coronavirus is very dangerous. Over half a million people have died in the United States. I don’t feel any more need to prove that a bunch of people getting together without masks is dangerous," said Scrase.

Given the challenges all year, Scrase says he’s proud of his team.

"I have never been more proud of a team of people in my whole career," said Scrase.