ALBUQUERQUE, N.M.- Over the past two months, eastern New Mexico has seen a significant improvement in the drought.

Western New Mexico has remained relatively dry thanks to a large and rather dominant high pressure that set up across the western United States.

"It’s lost its influence across eastern New Mexico with the spring monsoon into the early summer. What that did is it opened up the door for moisture to infiltrate into eastern New Mexico and we had rounds of severe thunderstorms," NWS Senior Forecaster Clay Anderson said.

It takes quite a while to get out of long-term drought, especially when it’s the highest two categories. 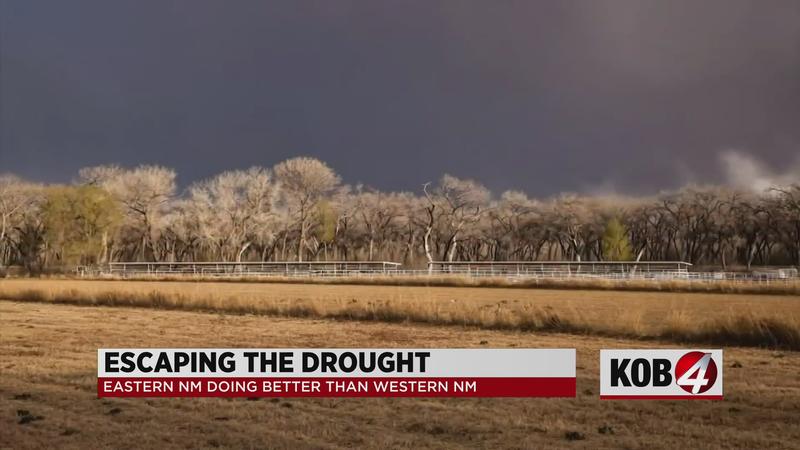 "If we’re going to get out of it quickly what we would look for is a continued active monsoon season followed by an above normal precipitation anomalies through the fall and winter months. If that were to happen, by the time we get around to spring we could be largely out of the drought but unfortunately the outlook isn’t supportive of that," Anderson said.

The forecast for La Niña conditions appear in the late fall and winter months.

"If that were to happen, La Niña conditions unfortunately for New Mexico are strongly correlated with below normal precipitation," Anderson stated.