ALBUQUERQUE, N.M. – New Mexico is in for another dry year with an even tighter water supply, since the state did not get a lot of snow this winter.

"If you take a statewide average, we’re looking at about half as much water as we normally should have," said Andrew Mangham, the senior service hydrologist for the National Weather Service. "So there’s not a lot of water to go around, and it’s complicated by the fact that we have – like on the Rio Grande, we have these large interstate contracts. Colorado gives us water, we give water to Texas."

New Mexico cannot share what it does not have, putting the state behind on its commitments to Texas. Weather officials say it is going to take some major policy changes to appropriately address this water shortage.

"Water is a precious resource here, and if we don’t have it, things are just going to get tight," Mangham said.

In the meantime, there are things New Mexicans can do to help conserve, like not running the sink when you’re washing dishes.

"Just fill up the sink and wash dishes by hand and then rinse them all in one go," Mangham said.

It also helps to hold back on watering your lawn and taking your vehicle to the car wash. Mangham suggests getting your toilet checked to make sure it’s not constantly running and wasting water as well.

Officials are predicting more wildfires this year because of the dry conditions.

"After being through such a dry winter, when everything’s kind of been dormant at best, and then really dry and dying on top of it, there are really enormous amounts of fuel,” Mangham said. “So the potential for critical fire weather moving forward is definitely elevated."

Mangham added that even if we do get rain, it probably won’t be enough.

"’Oh, we had a rainstorm, the drought is over,’ that’s really not true," he said. "We’ve been in a multi-year drought now. Things have been dry for a decade."

He says it will take a lot more moisture during the upcoming monsoon season to put us back in the clear.

"What we need to get out of this is kind of sustained, persistent, mellow rainfalls, you know, heavy winters and things like that with a slow runoff, to kind of get us out of this," Mangham said. 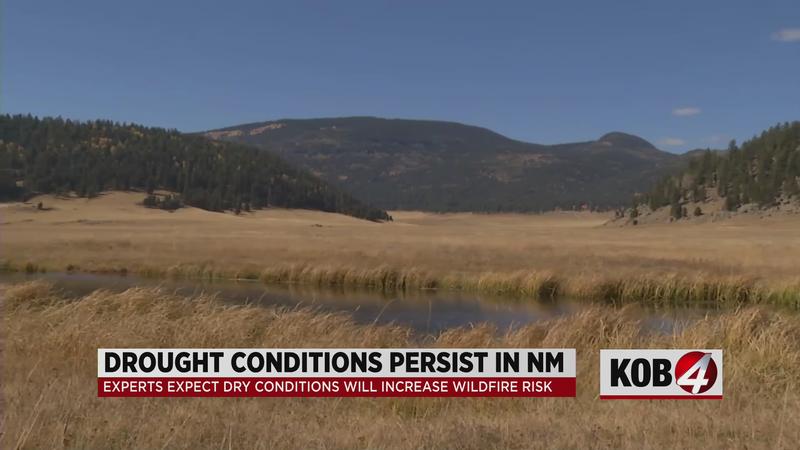