Investigators said not only did he purposely hit the aides, but they also report, he intentionally hit a police officer with his truck and then just drove away.

According to the criminal complaint, Baldwin was driving east on Alameda Friday night just before 7 p.m. Two PSA’s were directing Balloon Fiesta traffic and told Baldwin to go in a different direction. That’s when he reportedly hit them with his truck and took off.

A police officer nearby heard about this and tried to stop Baldwin, and that’s when they say he hit that officer with his truck and took off again. What finally stopped him was two officers who flattened his tires so he couldn’t drive off. They said Baldwin reeked of alcohol and was uncooperative, refusing to answer any questions or take a breathalyzer test. Those officers also found an open whiskey bottle and an open can of beer in his truck.

Baldwin was taken into custody, where he remains at this time, facing multiple charges including aggravated battery with a deadly weapon.

Besides this incident, he has no prior history with the law.

All three people were injured and are recovering at this time. 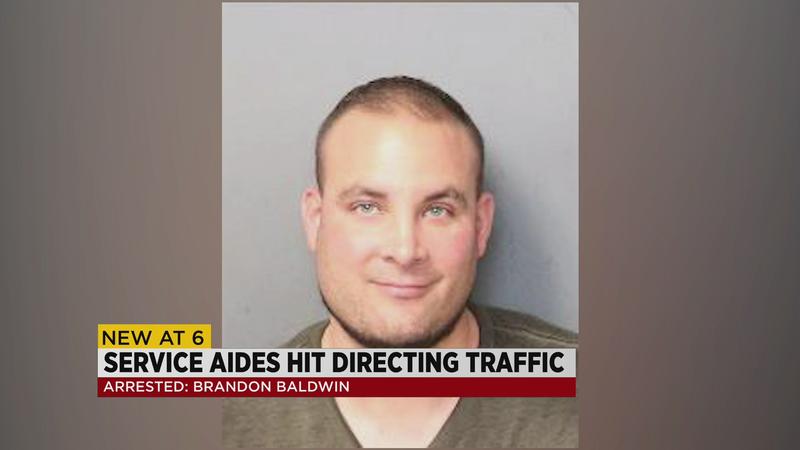