Durango mountain biker competes in Tokyo: ‘Love what you do, win or lose’

DURANGO, CO — Christopher Blevins is getting ready to compete in the cross-country mountain biking race for Team USA in Tokyo.

"Just simply, I have the whole entire community of Durango to thank, and I really mean that. I’m so proud to be from there and to carry the torch on the long line of Olympians before me," Blevins said.

It will be the end of a journey that started all the way back in 2016.

"As most Olympics kind of athletes, you’re thinking about it four years in advance, and it was like that for me. I started college four years before you know, 2020, and I had a sticky note on my wall that said Tokyo, so it was on my mind everyday,” Blevins said.

Blevins said his Olympic dreams got started way earlier though, he said his parents actually moved to Durango when he was a toddler, just for the mountain biking. 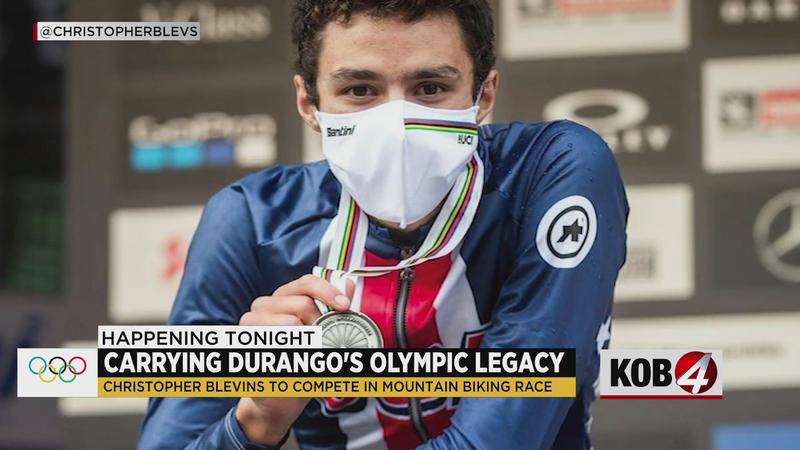 “The fact that they move to Durango for the biking really planted the seed on what my life was going to be in many ways,” he said.

Blevins started riding at just 5 years old and went on to win eight national championships before he graduated from high school.

He was named a discretionary pick for Team USA back in 2019, and he said he was confident he’d make the final cut after placing second at the World Cup two years in a row, but he still wasn’t prepared for that phone call.

"I didn’t expect to really get emotional, to feel much, but when I heard the official you’re going to the Olympics, there’s obviously a wave of emotion, honestly just gratitude that all the hard work paid off and that I can continue the process of what I love, and continue to put the work in to this big goal,” Blevins said.

Of course, he had to call mom and dad right away after hearing the confirmation.

“They were driving together and got like 30 seconds of screams and those borderline cries,” he said.

Blevins is not the first person from Durango to ride all the way to the Olympics. In fact, the city has sent a mountain biker to every summer games since 2000 — some athletes more than once.

"Growing up in a small town, you typically don’t have multiple Olympic idols you can kind of look up to and follow a path you know in their footsteps, and that’s what it was in Durango, which is just a testament to how special the community is around bikes,” Blevins said.

Blevins said he hopes his journey inspires youth the same way he was inspired, and his one piece of advice for anyone with big dreams — love what you do, win or lose.

"I never didn’t want to be a cyclist, and I think the philosophy I grew up with was like a lifelong appreciation for what the bike can be beyond the race tape really. So having that balance I think was really important, and like riding the bike, riding my bike is something I love to do, and racing is a part of that,” he said.