For people like Brett Burton, the East Mountains have been home for a long time.

"It was the home I grew up in. The room in there, we had bunk beds. My and my little brother used to get into rough-up fights and ruffle around and stuff,” Burton said.

On Saturday afternoon, Burton was in Edgewood when his phone rang.

"They said we got a huge fire on the ridge behind you, and it’s growing,” he said.

"The fire was closing in quick, and I knew I had to do something right away,” he said.

With the help of his neighbor, the two linked up a couple garden hoses and ran toward the flames.

"Where you see the end of the grass and the burn, that’s what I stopped. Yeah, I was way out there with that hose,” he said.

The State Forestry Division said burning debris started the wildfire that destroyed three outbuildings, and came within feet of homes—including Burton’s neighbor’s house. If not for their teamwork and the green hose, fire officials said those homes might’ve burned.

"That’s what we used. Fire guys came out with their big 2 to 3 inch hoses,” Burton said. “I had a 1-inch hose there, but it did the number.”

However, Burton did not come out unscathed. He said he received second or third degree burns on his feet, and puts the blame for that on the boots he was wearing.

As a type II diabetic, Burton said he’s at greater risk for infection.

"We’re not in a good place right now, so prayers are asked,” he said.

Burton said he would’ve done it all over again if he had to.

"I just did what I had to do,” he said. "That’s the one thing I want everybody to know about the East Mountain people. We are a community, we are a family, we are brothers and sisters. We take care of each other out here." 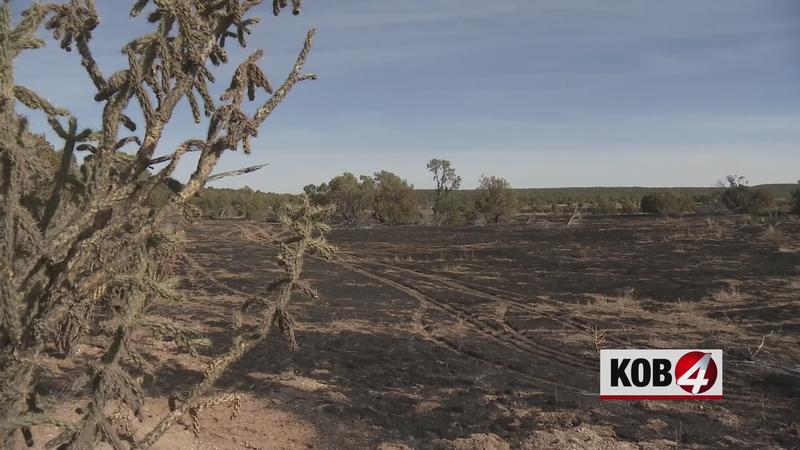