FARMINGTON N.M — A Farmington man says he captured the moment a hospital security guard escorted an elderly woman in a wheelchair out of the hospital and left her by herself on a curb.

Dakota Wootton recorded the video Wednesday. He was at the hospital to get care for himself and initially saw the woman in the lobby.

“This elderly woman was already sitting in the waiting room and she was begging them for help asking them if they would take her back or to please call her son. I don’t know how many times she asked them to just call her son and they did nothing. They basically ignored her,” he said.

Dakota said after some time he and his fiancée made their way outside. That’s when he saw the security guard wheel the woman out of the emergency room.

“All the way across the street down here on the sidewalk parked right here and just walked away and didn’t even take a second look back at her,“ he added. 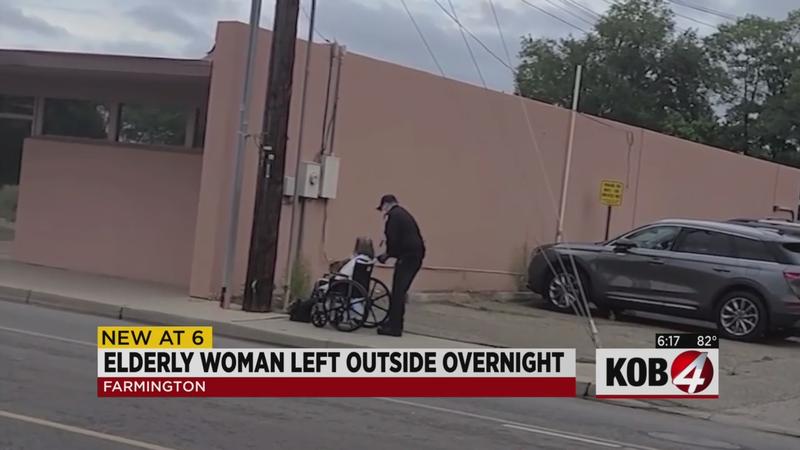 Dekota says the woman is paralyzed on one side. He said they gave her some money and called a cab for her.

Farmington police said they checked on the woman multiple times and even called her son but left her there after they found that she was in no direct danger.

KOB 4 reached out to the hospital for comment and they said they don’t want to violate any patient privacy and confidentiality, but said they are committed to treating all patients who need medical care.

Some people who work nearby told KOB 4 this is not the first time they’ve seen patients left out there by themselves.

As for the woman, she was found in that same area Thursday morning – wet from the rain, crying and yelling for help. Staff from the Mental Wellness Resource Center cleaned her up and found her shelter.