ALBUQUERQUE, N.M. – The woman who hit and killed an Albuquerque mother and daughter with a stolen van will stay behind bars for more than 2 decades.

Justice was served for an Albuquerque family, but their pain will live on forever. Elexus Groves was sentenced Tuesday

"I don’t forgive, I just don’t,” said Cindy Boling, aunt of Shauna Arredondo. "So many of our family members have been suffering from this, and will continue to suffer until our lives are ended.”

A judge gave Groves the maximum sentence – 25 and a half years in prison – after an emotional morning in court.

Groves was fleeing police in a stolen van five years ago when she hit Shaunna Arredondo’s car, Shaunna and her 14-year-old daughter Shaylee were killed. Groves apologized to the family moments before she was sentenced.

"It was all an accident and I’m so sorry Jason, Shauna and Shaylee for causing you harm, I never meant to. A lot of lives changed that day, and I pray everyday for you to be back home. I’ll never be able to forgive myself, but I pray that one day you’ll find it in your heart to forgive me, because I am so so sorry,” said Groves.

"The actions in this case, the harm that it’s caused to not only this family, but also to this community are immense,” said Judge Brett Loveless.

This case almost had a very different ending. A district judge dropped the murder charges at one point, but the New Mexico Supreme Court allowed prosecutors to bring them back.

"It’s an important signal for I think the problem that we have in this community of people fleeing from law enforcement, and running at high speeds. It’s extraordinarily dangerous,” said Raúl Torrez, Bernalillo County District Attorney.

A second person was also convicted in this case. Paul Garcia pleaded guilty and testified against Groves, he got a ten-year prison sentence. 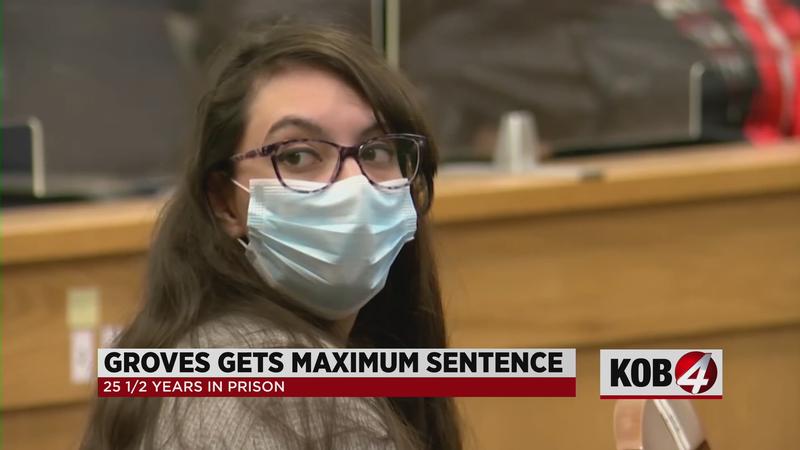