ALBUQUERQUE, N.M. — Rescue crews rushed to recover people who got swept away in fast-moving waters in the North Diversion Channel Tuesday evening.

Authorities have suspended the recovery effort for victims until Wednesday morning.

"The amount of water that was in the flood channel this afternoon was quite possibly some of the deepest, fastest moving water that I’ve seen, and some other firefighters have seen," said Tom Ruiz, spokesman for Albuquerque Fire Rescue.

"Right underneath Carlisle there was six individuals just sitting in the side of the arroyo down towards the bottom, just shooting up and talking. People don’t realize how quickly the water can come down," said Bennett. 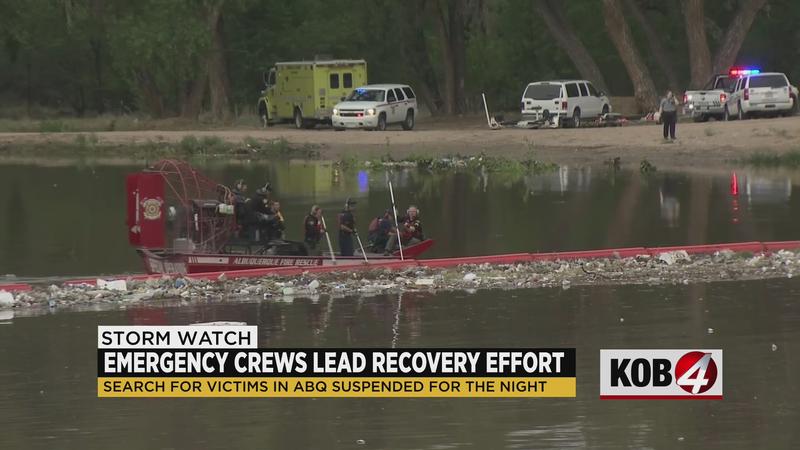 The Bernalillo County Fire Department said one person was able to get out of the arroyo on their own but they didn’t see it.

"It’s just unfortunate. I’ve wired for AMAFCA for six years and every year somebody has died at this channel, you hate to see somebody lose their life like this. It’s a real quick way to die," said Bennett. "Unfortunately, not everybody listens."