SANTA FE, N.M. —A woman is pleading with whoever might have seen or taken her emotional support dog, Chance, to bring him home to her.

"He’s my best friend, he’s my constant companion,” said Thayer Hutchinson, Chance’s owner of nine years. “He’s the love of my life, he’s my guy, he’s my friend, he’s my energy source that I share with."

He slipped out of her gate a few weeks ago, and has yet to return. Hutchinson believes someone might have spotted him near I-25, and thought he was being neglected.

"I can understand somebody might think he was being neglected or not cared for in this situation, but he is very well-loved and very well cared for,” said Hutchinson. "He’s with me all the time, he votes with me, He goes to the doctor with me, he’s a very loving, kind dog."

Hutchinson has been in contact with animal control, vets, and shelters in Santa Fe, Pecos, Rio Rancho, and Albuquerque, but still no sign of Chance.

"I’m not sleeping, I get up at six in the morning, I drive around looking for him, I get people telling me they see a dead dog on the road, I go out to check the dead dog. I look for him all day long."

If you see Chance, or know where he is, call your local shelter. He was wearing two collars and a red bandana. Hutchinson is also offering a $500 cash reward, no questions asked, to anyone who brings him home. 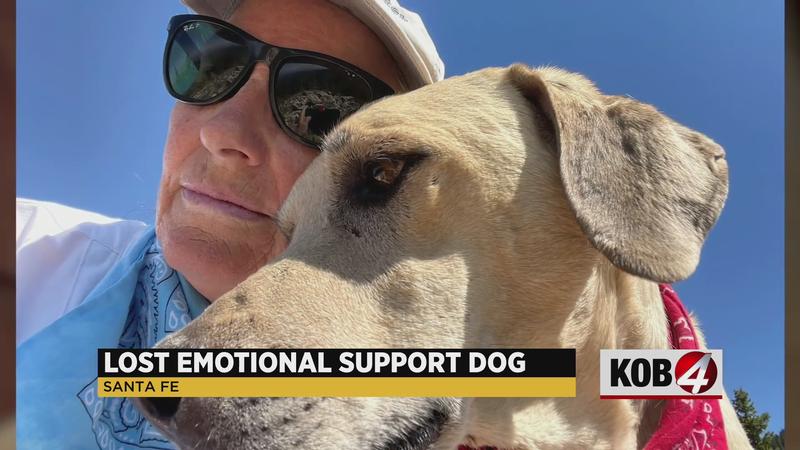