After 35 years, the Fredrick’s family home is now ashes and rubble.

"I didn’t realize how close we were to loosing each other and once that hit it was like, everything else can be replaced, but we’ve been married for almost 40 years and you know, I can even imagine if I lost him,” said Sheila Fredricks.

The fire started early Tuesday morning while James and Sheila Fredricks were sleeping. Luckily, they happened to wake up to a strange smell. That’s when they saw the fire, but were unable to put it out.

The couple was barely able to make it out in time. They said when they finally did, they saw that their cars were also on fire. 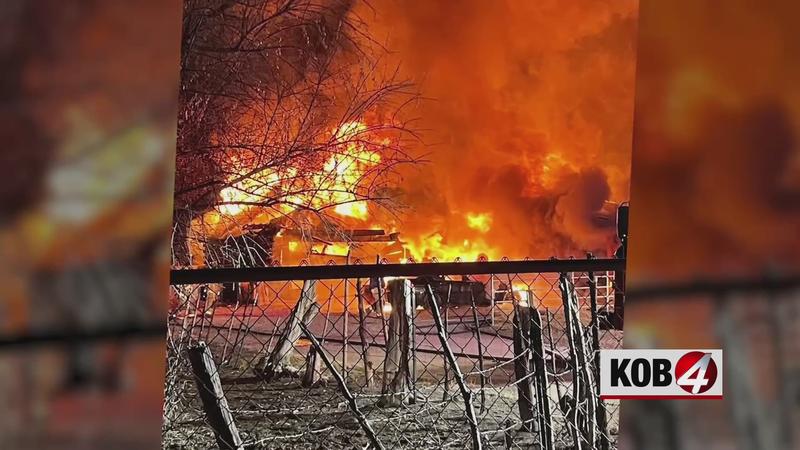 Firefighters managed to save the family RV, which is what the Fredricks are calling a temporary home.

Friends, family, and even strangers helped the Fredricks pick up what was left of their home in the days following the fire.

"Moving forward will take a few months to get everything together,” The Fredricks said. “We’ll either rebuild or buy another place, but we’re gonna stay in the community. We love it here and we’re not gonna go anywhere else it’s our life, and we’re gonna keep it here.”

The fire is believed to be electrical. The Fredricks did not have insurance on their home due to hard times brought on by COVID-19. However, they said they’re grateful to be alive.

To help the Fredricks get back on their feet, click here to donate to their GoFundMe.