CLOUDCROFT, N.M. — A brush fire prompted evacuations for residents in the area of U.S. Highway 82 east of Cloudcroft Friday. As of 3:30 p.m. Friday, all evacuations have been lifted and the highway has been reopened.

Residents in the area between mile markers 22 and 25 were advised to evacuate safely due to the James Fire, which began around 11:20 a.m. Friday.

Otero County Sheriff’s Office alerted residents on their Facebook page to seek shelter at the Mayhill Community Center. The fire was reported to be at mile marker 24.

According to fire officials, the James Fire was caught at .75 acres.

Firefighters will stay on scene until they feel it is safe to leave. A fire investigator is being brought in by the county to investigate how the fire started. 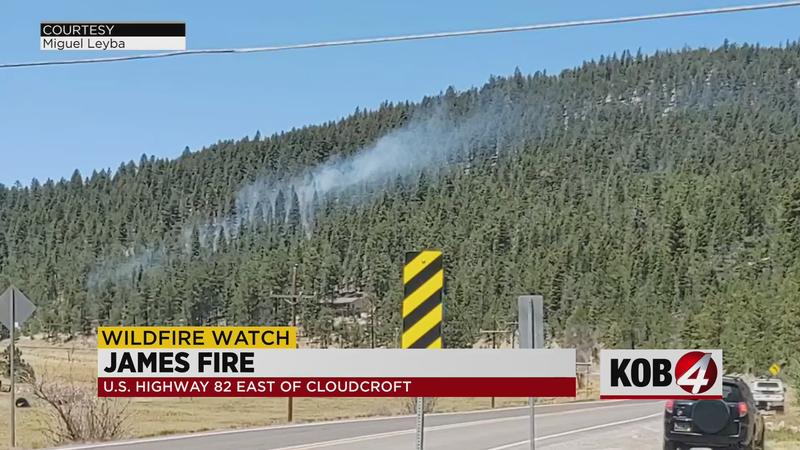 Size: 0.75 acres (The fire was previously reported at 2 acres, however a better size up estimate is now listed at 0.75 acres.)

Evacuations: All evacuations have been lifted.