ALBUQUERQUE, N.M. — A bill that would help small businesses around the state is heading to the governor’s desk.

On Thursday, the House passed a bill that would extend the Small Business Recovery Act, which was passed during the special session last summer.

Sponsors said this version would provide more opportunity for more businesses, paving the way for more than $400 million in loans with what they call "generous terms".

“In my mind, you have to look at what we get in return which is not only helping our business community, maintaining jobs, adding to employment but generating gross receipts tax, income tax and other benefits to our community,” said Rep. Marian Matthews (D-District 27) , co-sponsor of SB3.

After passing the Small Business Recovery Act in 2020, lawmakers said only $40 million of more than $400 million available was actually awarded to businesses. The revised version would make more businesses eligible. 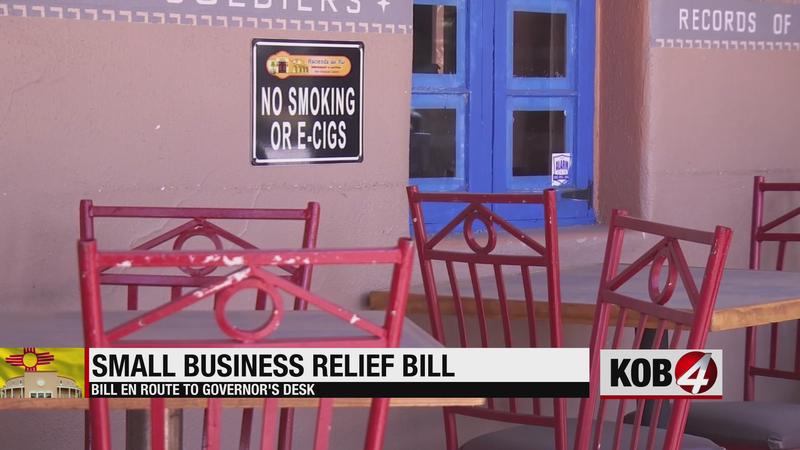 That funding comes from the state’s severance tax fund—an area other lawmakers said they’re wary to draw from.

“$150 million dollars in potential losses is I think too much to bare,” said Rep. James R.J. Strickler (R-District 2). “We know that were getting some more federal dollars coming our way. We don’t know exactly how it’s going to be dedicated but I think the cavalry is coming.”

But now it is up to the governor. The legislation would allow small businesses to receive up to a $150,000 loan with low interest rates.

“We think we have created a tool that is more useful to our business community to provide them that kind of economic and financial lifeline. This is an investment in our people and our businesses in New Mexico,” said Rep. Matthews.