"We know the future of energy, the future of the industry is lower emission, lower carbon,” said Robert McEntrye with the New Mexico and Gas Association.

Exxon Mobil is taking a big first step. It announced plans to achieve net-zero greenhouse gas emissions in the Permian Basin by 2030. The oil-rich area spans across west Texas and southeast New Mexico and is currently the nation’s largest source of methane.

"The announcement really underscores the place the Permian is going to hold in the future as companies, as producers all look to reduce emissions, as they look to capture more methane gas to sell to consumers, and as we usher in an era of ever cleaner energy production,” McEntrye said.

Exxon Mobil is planning to electrify its operations with low-carbon energy sources like wind and solar, improve methane detection systems and completely get rid of routine flaring by the end of next year – something New Mexico state leaders have already targeted with new regulations.

"It’s great to see an operator taking the lead and showing that I think our rules are having the intended effect, they’re driving operators to make changes in their practices,” said Adrienne Sandoval, Oil Conservation Division director.

Exxon Mobil anticipates all of these changes will reduce greenhouse gas emissions by at least 40% compared to just five years ago.

State leaders are hopeful more companies will take their lead, but say tighter regulations are still the best way to ensure a greener future.

"Smaller companies might take the lead of some of the larger companies, but at the end of the day here in New Mexico, all of the companies are going to be on the same playing field, because they all have to meet 98% gas capture by the end of 2026,” said Sandoval.

Industry leaders know this isn’t something they should wait on. 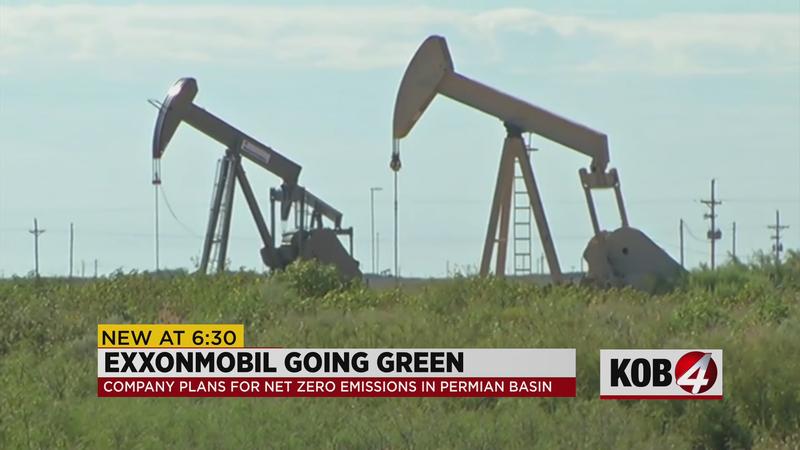