Fabian Gonzales’ right to a speedy trial was not violated, judge says

ALBUQUERQUE, N.M.- Monday marked the first day of a three-day hearing for Fabian Gonzales, who is charged in the death of 10-year-old Victoria Martens.

The hearing is being conducted to determine what evidence can be heard during Gonzales’ trial.

His attorneys are focusing on the medical records of Jessica Kelley, who took a plea deal in the case.

They want a judge to inspect the records.

"Both parties have put Jessica Kelley’s mental health on the night of the murder in issue. The defense argues that she suffered from some sort of psychosis, perhaps caused by the ingestion of methamphetamine and possibly laced with bath salts and that as a result of her acute illness, strangled Victoria, dismembered the body, attempt to murder Michelle Martens and Fabian Gonzales, barricaded the house, set the body on fire and jumped from a two-story window and claimed that there was a man in there that pushed her," said Gonzales’ attorney, Stephen Aarons. 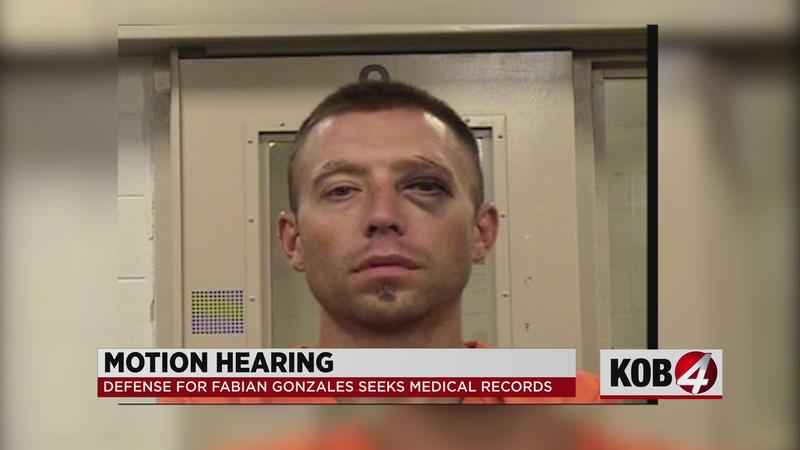 "She was obviously intoxicated. There is no disputing that," said the prosecutor, Greer Rose. "We can hear it in her voice. She was saying wild things on the phone, but that does not mean translate into some type of mental health diagnosis."

Ultimately, Judge Cindy Leos ruled in favor of the motion, and will look at the records to see if there was something relevant to Gonzales’ case. She will then review those documents with Kelley’s attorney.

The judge also said that Gonzales’ right to a speedy trial had not been violated even though he was charged in 2016.

"While several motions raise the issue of speedy trial, the assertions are not meaningful as defendant was still preparing for trial or indicating he was not available for trial while these assertions were being made," she said.

The judge warned the defense that it needs to be more careful when it comes to what they say in court documents because some of it is supposed to be sealed or protected.

Gonzales will back in court on Tuesday to address other motions in the case.