ALBUQUERQUE, N.M.- It’s the second week of November and that means most of New Mexico is past its peak fall colors, but along the Rio Grande people can still find plenty of fall foliage still on display.

Chopper 4 went up Monday morning to look at how much fall color is still out there right now in the Albuquerque area.

The green color of the leaves through the spring and summer is thanks to a chemical called chlorophyll. With the shorter days that come with fall, it means there’s less sunlight, so the production of chlorophyll begins to stop and that brings out all the fall colors.

Depending on where you are in the state, the fall colors should stick around for a bit longer, but the leaves are also going to continue to drop.

Typically, northern New Mexico will see its peak colors around the first and second week of October.

Peak in central New Mexico is around the second and third week.

Peak is around the end of October to the start of November for southern New Mexico. 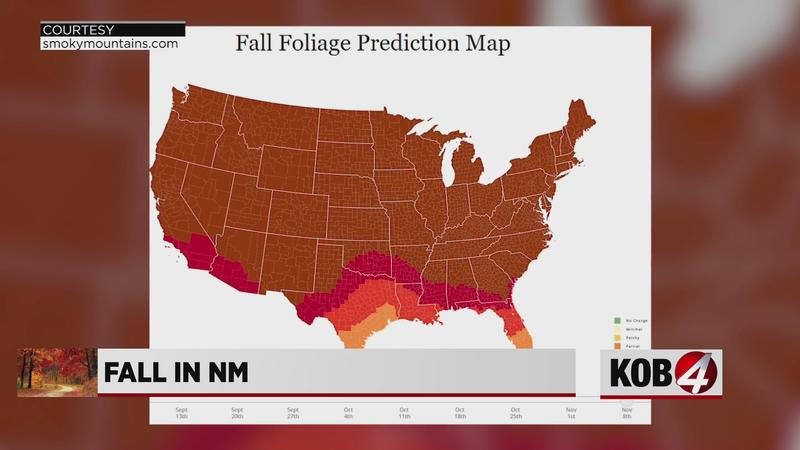