ALBUQUERQUE, N.M. – The Albuquerque Police Department is honoring the legacy of Officer Daniel Webster, who was shot and killed after a traffic stop on Eubank and Central in 2015.

"That is when Officer Webster made the ultimate sacrifice, keeping the citizens of Albuquerque in this city safe. It’s been 2090 days since his sacrifice," said Michael Smathers, first deputy chief with APD.

The new memorial is a birthday gift to the fallen police officer who brought joy to others.

Webster’s previous picture plate was vandalized at least twice before last year, and a bullet mark was left behind when someone removed the plate. 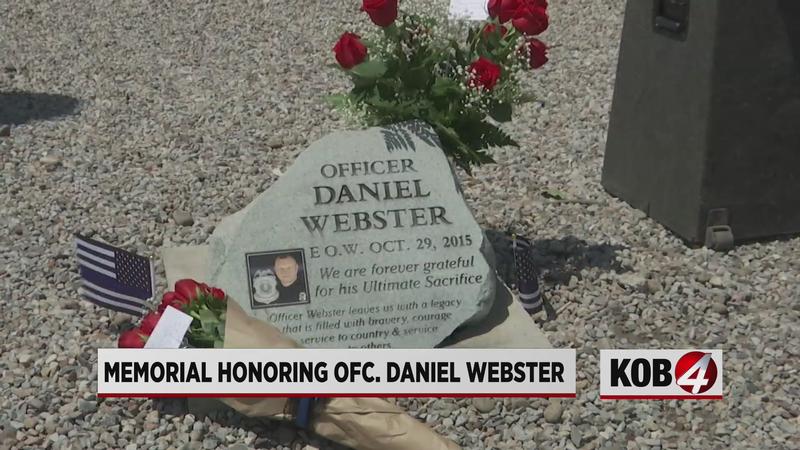 The new memorial is expected to be sturdier, and the hope is that Webster’s memory will be respected.

"Whoever desecrated this memorial came from a very dark evil place, but nobody can put out the life of a hero–the light of a hero," said Judy Talley, mother of slain officer Eric Talley.

Michelle Carlino-Webster, wife of officer Daniel Webster, left a bouquet of roses with a note written from her at the new memorial, to her knight in shining armor, who she will forever love.