ALBUQUERQUE, N.M. – Family members of recent victims of violence in Albuquerque gathered for a rally tonight — a rally for peace.

The family of Lawrence Anzures spoke to the crowd, as well as Bennie Hargrove’s boxing coach. They wanted to share the message that enough is enough.

Lawrence died in a shooting at Ojos Locos, and a Washington Middle School student shot and killed Bennie on campus a day later.

He met the Bennie three years ago, and saw his potential.

He grieves alongside the family of Lawrence Anzures, who was shot and killed last month at Ojos Locos.

The family of 16-year-old Gabriel Garcia also came — to honor his memory.

Garcia was shot and killed last weekend when he was at a party with his older brother.

"We want to see gun violence go down. This city is just getting really bad, you hear about it all the time, and we have to make a stand. We have to do something,” said Valarie.

"We live here and we know what type of people Albuquerque has because when there’s tragic events, Albuquerque can come together and that’s what’s happening today."

The Anzurez family said they know it can happen too.

Finding strength to move forward, and asking for change.

“We’re already on borrowed time, and life is just being cut too short in this city. And we have to make a change,” Valarie said. 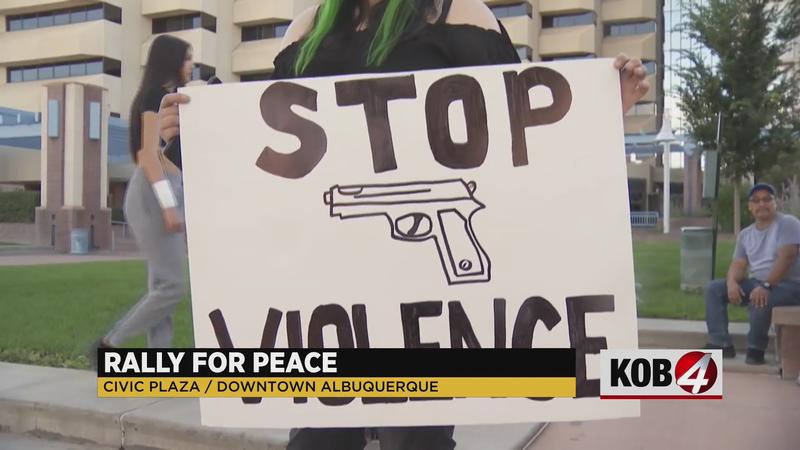