ALBUQUERQUE, N.M. — Missing and murdered men and women is an issue that has plagued the Navajo Nation for years and many of these cases are still cold. For some family members like Seraphine Warren, it’s an issue that doesn’t always get the attention it deserves.

“I just need our community to know that our laws on the Navajo Nation are very slow and they’re all outdated. And also, just a low police force and it seems like it’s nonstop missing people or people being murdered,“ Warren said.

Seraphine’s aunt, Ella Mae Begay, went missing seven months ago from Sweetwater Arizona. Since then, she has made it her mission to bring attention to her aunt’s case and many others.

She is not the only one – other families across the Navajo Nation also bringing awareness to their loved ones’ cases.

On Saturday morning, several families –some of them strangers to each other, but all connected by a similar tragedy – will be coming together in Shiprock to walk and bring awareness to these cases. 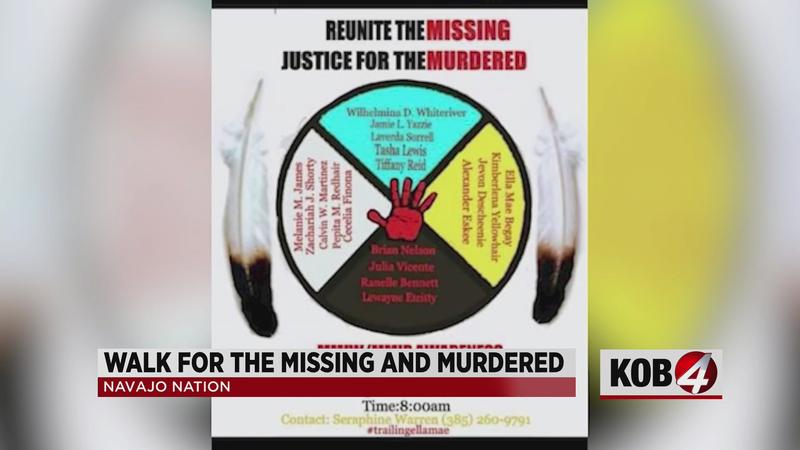 “We’re not in this alone and that we can make some type of change as far as our laws on the Navajo Nation and how we take care of each other that’s mainly how I see it in the outcome that I wanted to be,” Warren added.

Seraphine will be coming from Utah, while others will join her from Arizona, Colorado and New Mexico. Families will walk from all directions and meet at Nizhoni Park in Shiprock. During the walk, the hope is not just to remember the victims but also shed light on some of these cases that have been left in the dark for far too long.