ALBUQUERQUE, N.M. – There are renewed calls for change when it comes to punishment for child abuse cases.

This comes after court proceedings Friday in one of the most horrific child abuse cases in New Mexico’s history — the death of Jeremiah Valencia in Nambe.

On Friday a judge sentenced Jordan Nunez to 21 years in prison for his role in the death. Police said his father brutally beat the 13-year-old to death four years ago, and Nunez could have saved him, but didn’t report it.

Prosecutors said this kind of punishment needs to be more severe.

"I truly hope that (Jeremiah’s sister) and her family know how sorry I am for not reaching out to someone when I should have,” said Nunez.

Nunez apologized to the family of Jeremiah Valencia in court Friday before a judge read his sentence: 18 years for recklessly permitting child abuse resulting in death, plus three years for tampering with evidence. 18 years was the maximum sentence for the child abuse charge.

"If there’s something that needs to change, it is the legislature looking at child abuse resulting in death and not drawing a distinction based on the age of a child. Jeremiah was 13-years-old when this happened, therefore the total possible penalty for that crime was 18 years. If Jeremiah had been under the age of 13 it would have been a potential 30 years. That’s a huge distinction and disparity based on the age of children,” said Jennifer Padgett Macias, chief deputy district attorney.

A bill was introduced during the 2018 legislative session that would have increased the penalty for intentional child abuse resulting in death to a life sentence for all victims under the age of 18. The house passed it by a vote of 62 to 6, but it died in the Senate Judiciary Committee.

Nunez – who was 19 at the time of Jeremiah’s death – did not report the horrific abuse of Jeremiah at the hands of Nunez’s father, Thomas Ferguson.

KOB 4 spoke with Jeremiah’s aunt, Celine Miera, about what else needs to change in our state to prevent child abuse:

"I just hope this kind of opens people eyes. If you see something that’s going on with a child, say something. There was no need for this, this could have been completely avoided if he would have said something. And I know there’s children out there at this moment that are probably being abused by other people but if they see it they need to say something, anything,” said Miera. 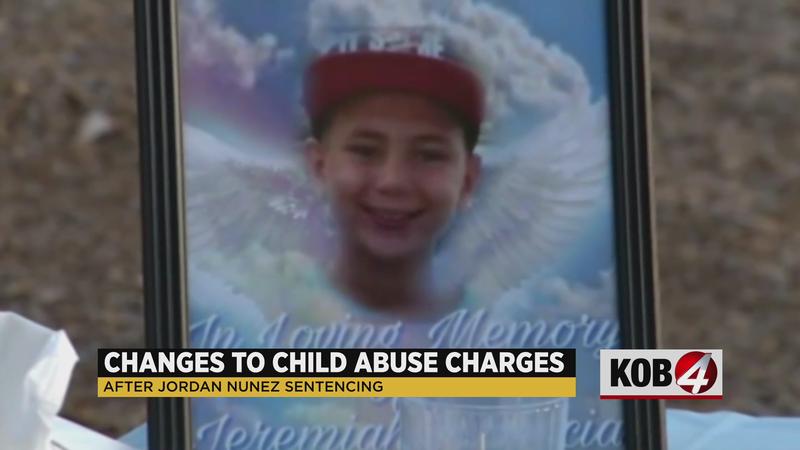