SANTA FE, N.M. —Almost two weeks after the deadly crash that killed newlyweds Bryana Trejo Griego and JD Griego near I-25 and 599 in Santa Fe, the loss still stings for their cousin Daniel Martinez.

His family is waiting for charges from the Santa Fe Sheriff’s Office. The Sheriff says deputies are still doing witness interviews, and collecting data from both vehicles.

They suspect Andres Lira-Hernandez was speeding, and slammed into the couple’s car. He has a long history on our roads, including DWI, driving with a revoked license, speeding, and other reckless driving.

"The record speaks for itself. He’s not a good driver, he’s reckless, he’s already hurt another person, so this has just progressed,” said Martinez. “And look how it progressed, it killed two people. Who’s next? You know what’s he is going to do next or people like him?" 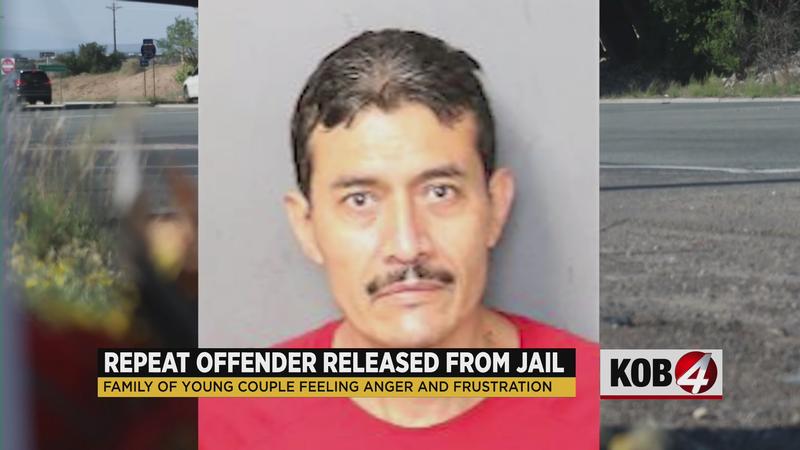 Martinez and his family took another blow this week.

Lira-Hernandez was in court Wednesday because he violated his probation from a DWI case in 2019. He had taken a plea deal, but prosecutors say he never complied with the terms of his probation, and argued to keep him in jail for 90 days. A judge disagreed, and said the state no longer had jurisdiction.

"This is the worst case scenario,” said Josh Boone, the Deputy District Attorney for Bernalillo County. “And certainly what I always tell people is it’s extremely frustrating for the state. The person to blame ultimately is always the defendant."

Martinez sees the decision as an injustice, and holds out hope for charges related to the deadly crash.

"This guy gets to go home to his family, see his kids, live his life, and it feels like Bryana and JD’s life doesn’t matter,” said Martinez.