ALBUQUERQUE, N.M. — A southwest Albuquerque family fears for their lives after their home was shot at four times in one week.

"You’re supposed to go home and that’s your place of comfort,” said a mother of two who wished to remain anonymous. “There is no comfort right now. It’s fear. Nonstop fear."

Their home is now peppered with 22 bullet holes. They say they know of at least five other homes within a two-mile radius that have also been targeted, but they don’t know for sure who is doing the shootings.

"The crime in Albuquerque is just absurd,” she said. “It’s out of control, and it seems like nothing is being done about it. These criminals are running the streets."

The family’s security camera caught a silver car on camera last week, but they’re still waiting for police to come collect the footage as evidence. 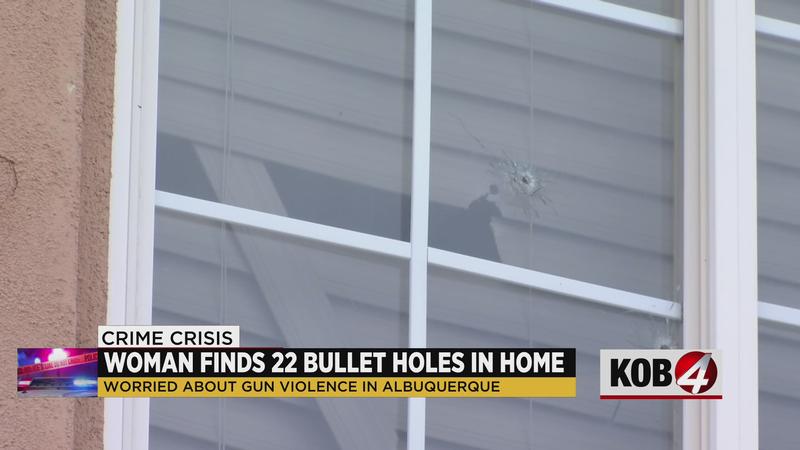 "We’re scared, we’re scared for our family, for our neighbors, the whole community,” she said.

The family went to Thursday night’s memorial for homicide victims at Albuquerque’s Civic Plaza, in observance of the National Day of Remembrance. She says she hopes she won’t be the next mother who has to endure a terrible loss.

"I just want to support these other mothers who have been through it and are still going through it,” she said. “They’ve lost a huge part of their lives, and their hearts, and just who they are."